Give us some good news, Mr Mboweni! 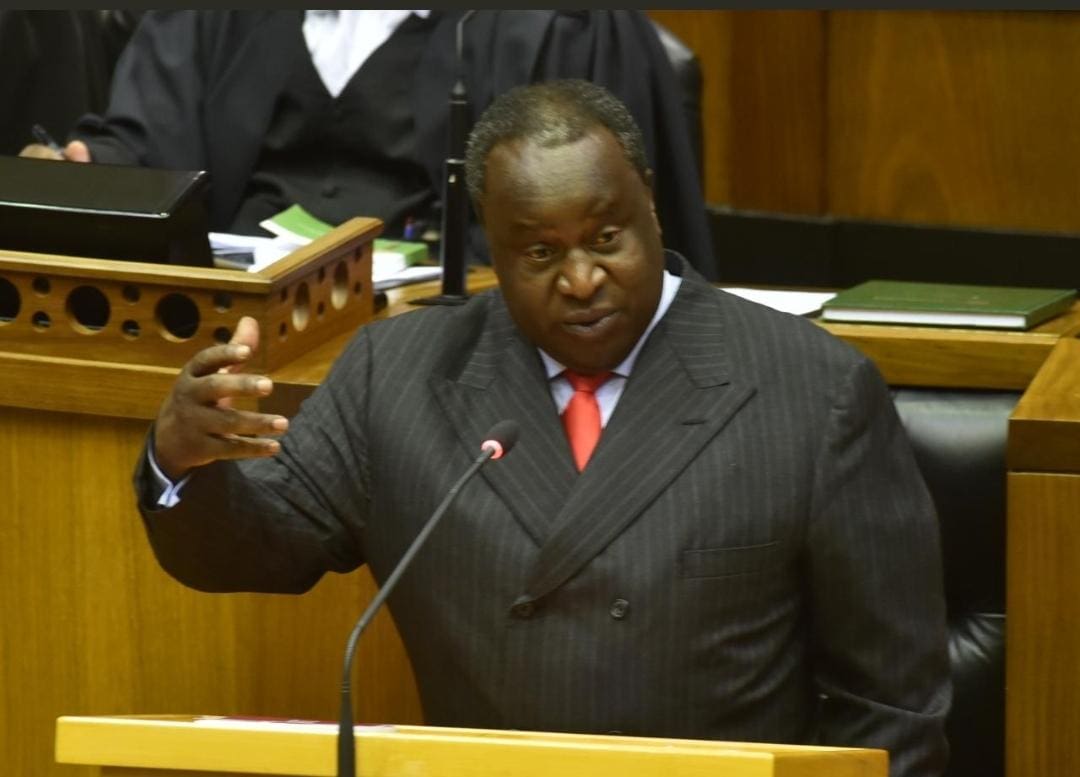 How 6 women and a garden are transforming rural village

Covid-19: ‘What if teachers refuse to take the jab?’

Here’s why shops are filled with stone fruit from Spain

‘We feed you, so prioritise us for the Covid-19 vaccine’

As Mzansi tunes in to the much anticipated Finance Minister Tito Mboweni’s 2020 Budget address this afternoon, farmers and agribusinesses are waiting with bated breath to see how he is going to add detail to President Cyril Ramaphosa’s plans. The country is also waiting in trepidation for new taxes that are widely expected.

Agricultural economist at the National Agricultural Marketing Council Onele Tshitiza reminds us of what the State of the Nation Address meant for the farmers.

In case you missed it, President Cyril Ramaphosa’s recent State of the Nation address (SONA) dealt extensively with the trials affecting the country, including the stagnant economy, power outages, gender-based violence and youth unemployment.

Recognising these challenges, Ramaphosa’s speech aimed to address employment issues, especially for youth, as well as targeting the structural reforms required to rejuvenate the economy. He also spoke of the progress made in fighting corruption, enhancing education and increasing investment into strategic sectors such as agriculture, manufacturing and energy.

Agriculture relies heavily on energy and electricity, and the ongoing load shedding by Eskom has already had a severe knock-on effect on agricultural growth. The Council for Scientific and Industrial Research estimates that load shedding has robbed the economy about R59 billion in 2019 alone. This could double in 2020 if load shedding persists at the current rate.

Ramaphosa’s SONA raised the hope of many businesses and municipalities, however, when he announced that government would open up the energy sector to allow independent power generators and good-standing municipalities to produce and distribute their own, renewable electricity. Moreover, the president announced the finalisation of climate change bill, which is a clear demonstration that the government is gearing towards carbon-low economy.

One of the most important announcements in the agriculture segment of the SONA was the issuing of water use rights licences, which the president said will now take 90 days to issue, compared to previously taking many years.

This is key in the agricultural sector where new entrants in farming previously struggled to gain licenses to use water for their production. This should bode well for many farmers, especially fruits and vegetables farmers that need water to produce export quality products.

Speaking of agricultural export potential, the restoration of the Durban port is also a welcome investment as we know that large containers with agricultural goods are exported through this KwaZulu-Natal harbour. This will increase the capacity, shorten the time and hopefully include state-of-the-art regulating systems which will allow for the produce to be transported with ease.

The other SONA good news was for the poultry industry, which the president said will see a new poultry import tariff adjustment to support local farmers. This comes after increasing imports from the Americas have contributed to stringent competition for the sector, where they claimed that frozen chicken meat cuts were driving prices down. The introduction of new tariffs in the next few weeks will preserve about 50 000 jobs.

For the emerging farming sector, Ramaphosa’s announcement on land reform and the expropriation bill should provide some excitement. The president highlighted that the government will release 700 000 hectares of state land for agricultural production and the expropriation bill has been gazetted for public comments. Lastly, the state will open up opportunities and regulate the commercial use of hemp products in order to enhance the participation of small-scale farmers. Also, the African Continental Free Trade Area Agreement comes into effect this year and the technical details on tariffs are underway.

What’s the take-home message for farmers?

The nucleus of the SONA was on changing the growth trajectory of the economy by opening up the energy sector, reducing data costs and improving the competitiveness of economic sectors, such as agriculture and manufacturing. Also, there’s a big focus on providing equitable access to land, education and water. The emphasis was also on youth development through the provision of resources to basic and higher learning institutions and creating opportunities for graduated youth. In essence, the SONA restated the importance of agriculture in growing the economy.

Too little, too late. This is how political analysts and agricultural policy advisors in South Africa are reacting to Zimbabwe’s two-decades-late compensation payment to...
Read more
News

Grain SA has this evening confirmed the death of Bully Botma, a Free State farmer and former chairperson of the commodity organisation. Food For...
Read more
News

The wine industry body Vinpro has welcomed the announcement that the National Ports Authority was now an independent subsidiary of Transnet. This is crucial,...
Read more
News

Subsidised loans in the form of blended finance is an important key in unblocking access to finance for agricultural development and establishing new commercial...
Read more
- Advertisement -