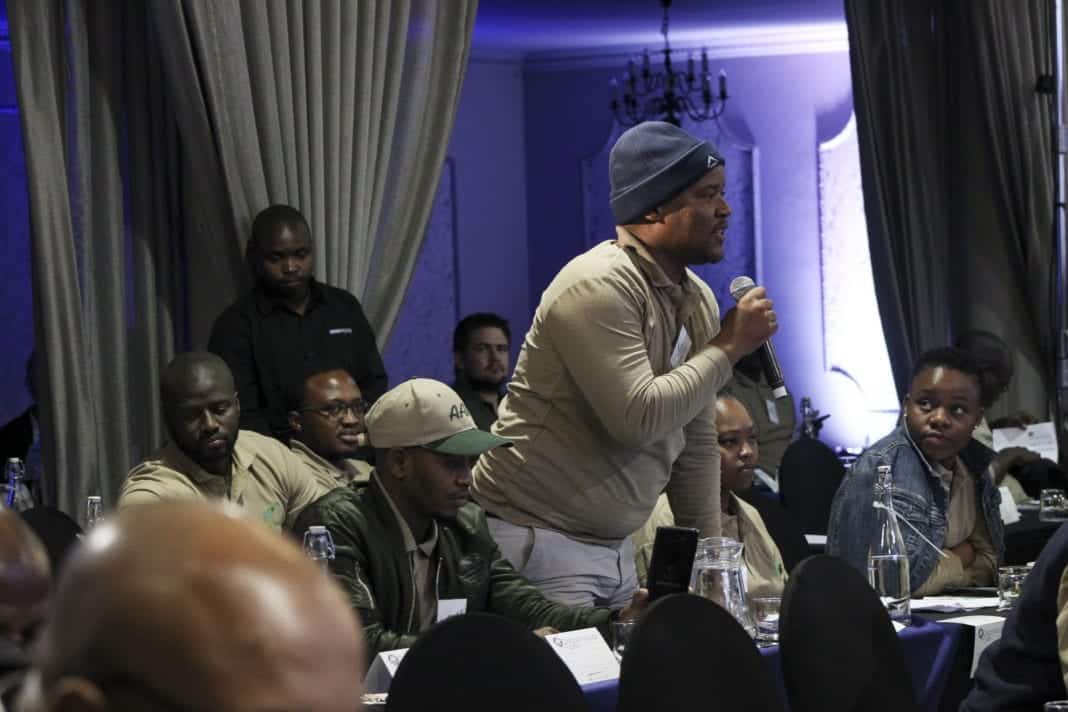 To be a young black farmer in Mzansi

A new sense of urgency has entered South Africa’s land reform process after the country’s parliament took a resolution to amend the constitution to effect land expropriation without compensation. But even this will fail if the country doesn’t improve support for small and emerging black farmers who should be allocated a prime role in any reform process.

In my research, I found that South Africa has failed to take advantage of the “middle farmer” factor. Support from government is grossly insufficient; banking support is almost non-existent.

Black people who venture into commercial farming are bound to fail. Commercial farming is a capital intensive business. The battle to secure support has forced many struggling black farmers to rent out their land to established white farmers.

The situation is made worse by the fact that what limited state support there is has been hijacked by corrupt elements or a small authoritarian rural elite. A selected few politically connected individuals have begun to dominate the space.

If this is left unchanged, South Africa is likely to see more black commercial farmers being forced out of the space. Some may turn to renting out their land, others may sell their properties back to white farmers. This will render the land acquisition process futile.

The experiences of a young black aspirant commercial farmer named Lonwabo Jwili, who has bought a small piece of land near Johannesburg, are a case in point. He highlighted his challenges in a conversation I had with him.

Would you advise young black South Africans to go into farming?

I would advise them to go into farming only if they have passion for it. Farming is not like most jobs. It’s extraordinarily hard and requires lots of patience which runs out if not accompanied by loads of passion. Farming will break and bankrupt you. It will test your mental strength.

From your experience, what are the three “make or break” interventions for young black farmers?

Access to information: My experience tells me that young black people who try out farming face a dearth of information about critical aspects. For example, you don’t find readily accessible information on planting practices.

I think this is a function of the fact that the country doesn’t have a very good extension service programme – a worldwide practice of professional agents who help farmers improve productivity by providing advice, information and other critical support services.

The Department of Agriculture is meant to run an extension service programme. But in my experience, it’s very poor to non existent. The only time extension officers have been to my farm was when they came to give me advice on my irrigation system. And it turned out to be very bad advice.

In my case I certainly needed good information to make headway because I ventured into unknown territory. Yes, I grew up on a farm. But my homegrown farming knowledge was on livestock. I’m currently producing vegetables and some grains. A well functioning agricultural extension service would have saved me time and money.

Access to finance: Everywhere you look in South Africa there are claims that the country provides financial support for small and emerging farmers. The banks and state owned development finance institutions make this empty claim.

The Land Bank is a perfect example. It is supposed to develop small black farmers like myself. But it’s almost impossible to get funding from the Land Bank.

When I tried to apply for finance to purchase the farm, the Land Bank sent me a two-page list of requirements. I could satisfy everything on the list except for one thing: they required off-take agreements (that’s a pre-assurance from a business that it will buy my produce).

Its almost impossible for someone like myself with no commercial farming experience to get off-take agreements from a market dominated by a few mainstream retailers.

Big retailers – and even smaller ones – won’t offer an off-take agreement to someone starting out.

And so the Land Bank wouldn’t dare take a risk on my endeavour. So I took a different route, approaching a bank for a normal loan and bonding my home against the farm property.

But even here I struggled. I think that finance institutions also need to understand that there is a different kind of farmer emerging. One’s like me. I’m not farming full-time because I can’t yet afford to do so. My off-farm job funds my seed, fertiliser and pays my staff. I need to keep my off-farm job while building the farm into a self sustaining operation. The banks I approached didn’t seem to want to grasp my situation.

Access to markets: This is the most critical factor of farming. For example, even when I produced 17 000 cabbages last season I still struggled. That’s because I was only able to find a market for them when it was too late – they’d been in the ground too long.

I’m also disadvantaged by distance. My vegetable and grain producing farm is 70 km outside Johannesburg so it’s difficult to access the big city markets.

But with the assistance of family and friends, I managed to secure another retailer to pick up my produce. In hindsight, I should have tapped these networks first before going for big markets like the Pretoria and Johannesburg fresh produce markets which offered me unacceptably low prices.

What can be done to support young black commercial farmers?

I think the government should review its programmes to see if they are actually working or not.

They might want to reconsider their focus on rural communities. Yes, rural communities need assistance in terms of development. But the government also needs to acknowledge operations like mine which are located within a 100 km radius of a big city.

I am halfway into becoming a sustainable farmer. I’ve purchased the land and am producing the best products possible. I think operations like mine deserve some state support.

Right now I don’t necessarily need financial support from government. But it could help facilitate other types of support for farmers like me. For example, government could facilitate access to markets and to farm production machinery such as advanced tractors, ploughs and other implements.

The private sector could also come to the party. Banks are critical players. They need to realise that there are young black entrepreneurs who want to farm. They need to create financial products – like loans and insurance – that are going to assist emerging farmers. Currently their products are focused on serving established farmers.

After I had bought the farm using my own funds I approached three banks to secure finance for farm production and machinery. I was rejected on the basis that I had no farming experience.

Banks need to look at things differently. I’m not calling for banks to be reckless in their lending. But I have been taken aback by some of the banking practices I’ve seen.

For example, I can qualify for normal credit, but not for an agricultural specific financial product. I could easily apply for finance to buy a Mercedes Benz worth about R200 000 to pay over five years. I could borrow the same amount as a cash loan. But the answer was “no” when trying to secure funding for a tractor worth R 1 million.

Banks need to be more innovative by designing ways of lending, for example, that move away from monthly instalments and towards seasonal instalments in line with agricultural cycles of planting and harvesting.

China through my eyes (我眼中的中国)

Agricultural economist Ikageng Maluleka spent three weeks in China earlier this year on a study trip, getting the opportunity to immerse herself in the...
Read more
Columns

Rural communities and emerging farmers simply cannot be looked at through the same lens as you would a commercial farmer. Ask me. I’ll know....
Read more
Columns

So, there I was, on my way to Düsseldorf in Germany for the 25th edition of the ProWein trade fair, trying my best to...
Read more

Rooibos: It’s harvest time, and we have a front-row seat

Staff Reporter - 1st Mar 2021
To have witnessed a rooibos harvest, must be among life’s greatest privileges. We meet some of the heroes behind Mzansi’s favourite tea in Clanwilliam...