Growing up in Thohoyandou in Limpopo I thought a farmer was… only of a certain colour. I just did not believe that black people could pursue farming as a serious career option – a view I held for many years. It is only now that we are starting to see a lot of black people entering the agricultural space, which is very good for the industry and also our country.

How do you feel about the (ignorant!) notion that black people can’t farm? Anyone who is really interested in agriculture, who is willing and has determination to learn can enter farming, can become great farmers through proper mentorship. There are many black farmers out there who are already getting it right. They have proven that anyone can be a farmer.

You were very inexperienced when you inherited the Little Barnet farm from a failed land reform project. What magic dust did you have to sprinkle to turn it around? When we took over the business there were many challenges that we faced as a small and growing business. I think what really helped us was the mentorship of a successful commercial farmer. Once again, mentorship is the key to success in this business.

How has this experience influenced your view on land expropriation? I’ve learnt that land can only contribute to about 30% of the success. You still need capital and a cash flow, which could add another 30%. The remaining 40% depends on your knowledge of farming. Without the right knowledge, you can have a big farm, but your chances of success would still be very slim.

What motivated you to study agriculture after matriculating? This couldn’t have been an easy pill to swallow for your parents or friends… To be honest, farming was not my first option. I would have loved to venture into other things, like engineering or medicine. However, a very successful family friend of ours convinced me that I can actually build a good future through agriculture. I have no regrets.

You’ve won so many big farming awards over the years. What are you most proud of? I have been very fortunate. I have won eight awards, but the prestigious Mangold Trophy as well as Toyota Young Farmer of the Year (Eastern Cape) awards are very special to me. I was the first black recipient of both these awards, and very young at that. I look back thinking that I made history.

Why do you believe in the power of mentorship in agriculture? Has it increased your chances of success? I don’t think I would have made it without mentorship. A mentor should be someone who has actually walked the same road; someone with the ability to teach whilst holding your hand.

Truth be told, are you having a tough time as a black commercial farmer surrounded by white peers and neighbours who have been in the business for generations? In the beginning it was very difficult to be a part of a community dominated by white, commercial farmers. It took years to gain their trust, but I eventually got to a point where there is no longer any difference between us. I have learnt that people will value you based on the value that they can get out of you. I believe I do contribute to my neighbours and as a result they respect me. I will, however, stay humble and continue to respect them because that is very important.

Do you believe that agriculture has the power to transform South Africa? Yes, if we work together as a country along with our government, there are many opportunities to create much-needed employment. If land reform is managed properly, I think it can add a lot of value to our economy. 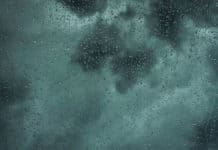 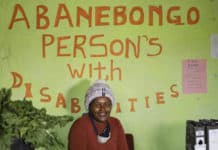 How 6 women and a garden are transforming rural village 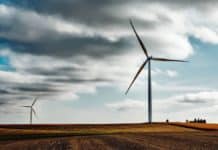 Load shedding: How to farm off the grid