Agri leaders give Ramaphosa’s SONA the thumbs up 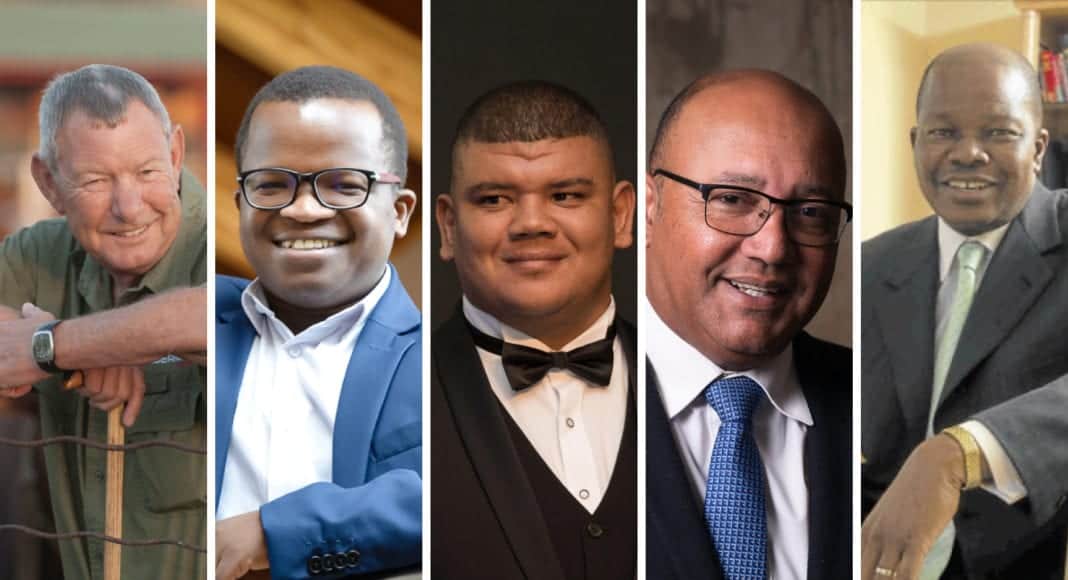 He’s only 19, but already a successful livestock farmer

Serfontein, whose passionate open letter to the president made international headlines last year, says Ramaphosa’s address was in sharp contrast to those of his predecessor, Jacob Zuma, who merely listed “so-called achievements of government and empty promises”.

The well-respected chairperson of the Sernick Group is one of many agricultural leaders who responded positively to Ramaphosa’s address.

Serfontein says, “South Africa’s biggest problem is that we have 1% of the world population, but 3.2% of the world’s unemployed. Therefore, our economy is paramount. Ramaphosa has prioritized the economy as the key focus area, including strengthening the capacity of the state (and hopefully this does not mean enlarging government), accelerating job creation, improving the education system with the emphasis on skills development, and, most importantly, fighting state capture and corruption.”

The president appointed Serfontein to his advisory panel on land reform after receiving his letter in which he begs government to also consider the views of commercial farmers in plans for effective land reform.

“The bureaucracy associated with doing business in South Africa is a major hindrance, and steps to encourage small-business development are welcomed. The acknowledgement of the importance of the agricultural sector is a major step forward. The sector has been neglected for a number of years, and can play an important role in job creation and land reform.”

Serfontein also believes that, although the president didn’t explicitly say so during his address, he acknowledges that successful land reform cannot be achieved without the involvement of the private sector.

Agri-Expo’s Operations Manager, Breyton Milford, says he was left inspired by Ramaphosa’s recognition of the agricultural sector’s current contribution to the country.

“His comments on land reform and tackling it in an orderly manner, instead of land grabs, is positive. I got the sense that government has plans in place to speed up transformation in agricultural along with land reform with the Constitutional Review Committee.”

Christo van der Rheede, the Deputy Executive Director of AgriSA, was most impressed by the president’s State of the Nation Address.

He says, “AgriSA is quite pleased that he has provided some certainty as to what type of land should be expropriated. Ramaphosa specifically referred to state land and unused land.”

Ramaphosa reiterated that government has also identified land parcels owned by the state for redistribution. Strategically located land will be released to address human settlements needs in urban and peri-urban areas. “As part of the stimulus package in agriculture, we have invested significantly in comprehensive farmer development support to ensure that restituted and communal land is productively utilised.”

Van der Rheede believes that South Africa will see the incredible decay seen over the past nine years reversed under Ramaphosa’s leadership. “The rand has strengthened slightly, and this indicates that people have received his message positively. We are most hopeful under his leadership.”

Agriculture’s potential to create much-needed jobs is what stood out the most for the respected farmer Dr Reuel J. Khoza, the chairperson of Koeltehuis Farm and Koeltehof Export Facility.

He says farmers in Kiepersol in the Lowveld, where he farms, could contribute a great deal to food security, and to earning forex. Up to 85% of the avocado produced in this region is for export purposes.

“Also, about 80% of our macadamia goes to the East, but also forex, in addition to creating employment at a faster rate than most other industries,” says Khoza.

Herman Van Schalkwyk, the Group CEO of Suidwes Landbou, says they are pleased that the president highlighted a number of important agricultural issues. He is, however, concerned that not enough emphasis has been placed on the impact of the current crippling drought. “We need action plans around it. Land policy uncertainty has not yet been properly addressed. We need to get it out of the way, because it has a huge impact on the business, security values and investment in terms of land.”

Agbiz welcomed Ramaphosa’s focus on revitalising the economy, strengthening education and skills development, restructuring and optimising service delivery by state-owned institutions, and, above all, the commitment to root out corruption and state capture.

Dr John Purchase, CEO of Agbiz, says the president has already put in place action plans to address the daunting challenges that confront South Africa and its people.

“He has correctly prioritised the economy as the key focus area and that building a social compact through Nedlac dialogue and engagement is key to reigniting economic growth. To this end, the outcomes of both the recent Jobs Summit and Investment Summit to address policy uncertainty, policy inconsistency and removing barriers to investment are critical.”

Wandile Sihlobo, the head of agribusiness research at Agbiz, agrees that SONA spoke to the key issues of the agriculture. He singles out Ramaphosa’s focus on agriculture’s potential to absorb labour as an important feature.

Sihlobo argues that the government’s efforts will need to be focused in these sub-sectors to be most effective.

“From a regional perspective, given that there is room to focus on underutilised land and communal land, KwaZulu-Natal, the Eastern Cape and Limpopo would potentially be focus areas for expansion and growth in the South African agricultural sector. In fact, there is evidence that suggests that these provinces have vast tracts of unused arable land that could potentially boost the agricultural sector. Therefore, the President’s ambitions to expand agriculture should be in these provinces.”

Cattle Farmer: ‘How can I stop coming on too strong?’

Mirriam Kgopa is growing her business with FarmSol

Clover’s exit from North West ‘no biggie’ for dairy farmers

Young farmers from across Mzansi who have not yet entered the TLU SA Young Farmer of the Year competition have a final reminder to...
Read more
News

Clover’s exit from North West ‘no biggie’ for dairy farmers

North West dairy farmers will still be able to sustain themselves after Clover’s controversial decision to close the country’s largest cheese factory in the...
Read more
News

Export to UAE ‘a huge win for poultry industry’