Are you a future-focused farmer or not? Find out now!

A new era of farming is emerging, and it requires a skilled labour force to produce food profitably, urges Dr Kobus Laubscher

Farm attack survivor: ‘I survived, there is purpose for me’

The South African farm of the future is going to have a more close-knit community of higher skilled workers, predicts well-known agricultural economist and strategist Dr Kobus Laubscher.

Laubscher, who is an independent consultant for Agility Channel, believes that the covid-19 crisis has made it very clear that agriculture is and will be a crucial constituent in the growth of our economy in the future, provided that it remains profitable.

Technological advancement and employment will have to be reimagined to make farming operations more streamlined, he stresses in The HEALTH SQUARED Agri Update, a brand-new 13-week campaign on Food For Mzansi.

New policies and economic structures should be implemented to support the sector and fast-track food production from farm to fork, says Laubscher.

“Farming is a very simple calling. Farmers want to produce food and they are able to convert grass into meat, grass into milk and fertiliser and seeds into crops. It talks to their ability to combine technology resources and input. Now given that, what covid-19 shows, is that farmers can live up to their commitment. If it wasn’t for them, we would’ve had a lot of other problems.”

However, Laubscher also stresses that a new era of farming is emerging, and it requires technology and a higher skilled labour force to produce food profitably. Technology adoption was given a huge boost by the covid-19 pandemic, and it has brought this future a lot closer, he believes.

“Dependency on technology is increasing. Now if we become more technologically inclined on farms in terms of production it will mean that there will be replacement of labour capital.”

While government policymakers believe that primary agriculture is going to be a major creator of jobs in the future, Laubscher reckons that may be a fallacy.

“That’s not what is going to happen. I think what will happen with the emphasis on higher technology implementation is that we will need higher skilled people on farms. I think the whole workforce on farms will change. Farms need to become more attractive as career,” he says.

“Farmers need to look differently at people at their disposal. Human resources on a farm is about building relationships.”

Laubscher’s advice to farmers who want to be part of this transformative change in the sector is to change their mindsets.

“First farmers have to change their mindsets, looking differently at people at their disposal. Human resources on a farm is not just people you hire and fire if they don’t do their jobs. It is about building a relationship. I come from an environment where we have that relationship. Farmers consider their employees as extended family. Now, if we can support that relationship, I think that will enhance productivity,” he says. 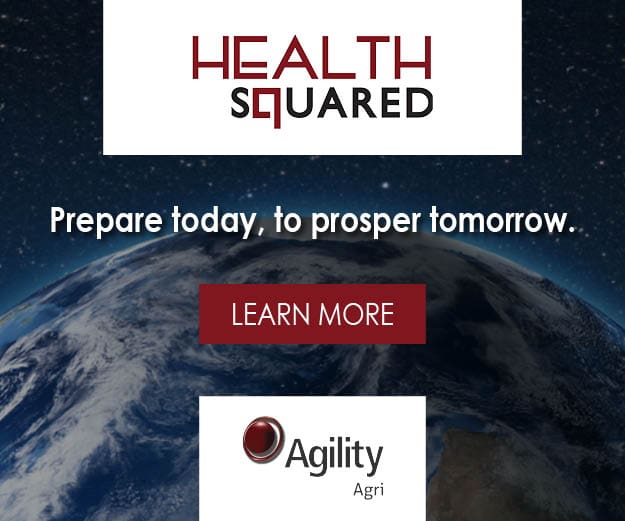 Laubscher mentions that many farmers around Mzansi have already adopted that way of working on their farms. His advice to farmers who also want to adopt this kind of thinking is to have a human resources utilisation plan.

“What I think is proper, is to sit down as you do your planning and your budgeting and cash flow that you want to give to the bank or use yourself. Sit down and develop a human resources utilisation plan. What do you have? What do you require? Who will help?”

The HEALTH SQUARED economist furthermore emphasises that every farm works differently. He advises that in the deep rural areas, the farming team should be extended. You have to get the labourers in as part of an extended family.

“It was necessary for farmers not to have labourers stay on the farm because of legislation. We need to think of how we can restore that so that those guys can stay on the farm and improve life living conditions on the farm,” says Laubscher.

Now on Food For Mzansi TV

Poultry queen is not looking for a king

As a young farmer, Keneilwe Raphesu quickly learnt that her job was not only to raise livestock. Not a day goes by where she...
Read more
Advertorial

No regrets as couple dive headfirst into poultry farming

Alisha Kalicharan took a huge risk when she jumped into the agriculture sector. The risk is now starting to pay off. Powered by Corteva...
Read more
Advertorial

FarmSol's strategy is to bring together a multitude of partners to co-create opportunities for impact and share risks and responsibilities. Partnerships like the one...
Read more
- Advertisement -