In Magaliesburg in Gauteng the Farmers Choice founder, Andile Matukane, is known as “the Spinach Lady”. Both her parents are teachers and farming never crossed her mind as a career option until she ended up working for various agricultural companies after she graduated.

Growing up in Bushbuckridge in Mpumalanga, no one in her inner circle even thought about agriculture, says Matukane. “For me agriculture was one of the fields which people don’t think of. I saw that as an advantage to explore. I wanted to be different from what others wanted to be in life.”

Her eyes opened to all the amazing possibilities when she started working for the Dry Bean Producers’ Organisation and later Dicla Training and Projects, promoting entrepreneurial skills within the farming community.

The 24-year-old Matukane is currently completing her master’s degree in plant pathology. She started Farmers Choice earlier this year after moving to Magaliesburg. “Working for different companies made me realise the opportunities available. (I also realised) the importance of agriculture, specifically crop production, which is something I specialise with.”

Make no mistake, however. Matukane doesn’t only flourish in boardrooms. Her company also produces spinach, cabbage and onions, as well as dry beans. Farmers Choice might be a new venture, but it is already supplying Spar and Food Lover’s Market stores in Gauteng. In the future, Farmers Choice could be providing vegetables to stores elsewhere.

Matukane says, “Food security in South Africa is still a major problem. Agricultural skills are a second major problem, and I saw an opportunity in that.”

“I want to show them (the youth) all the opportunities within (the agricultural sector). I’m not a 100% field worker. We have offices and great things, other than ploughing the land.”

For her, it is also important to show the unemployed youth that farming doesn’t necessarily mean farm labour.  “Farming, at some point, always involves field work, but that doesn’t mean everyone has to do field work every day. In the agricultural sector we have a soil scientist, for example, who works mostly in labs, but also go to the field to collect samples.”

Matukane started Farmers Choice on her own. “As I continued farming, two permanent guys got involved to help out with planting and other production requirements.” She later employed more temporary workers to assist with picking and general farm maintenance. 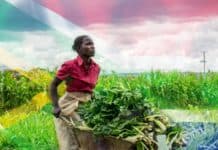 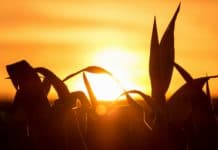 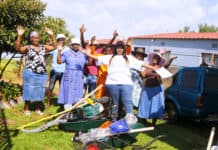 Fighting poverty with entrepreneurship and their NSFAS bursaries