A detour five years ago may have cost Mbalentle Sipingane her dream of studying fashion, but it has opened several doors for her in the agricultural industry. The 24-year-old from Vanderbijlpark in Gauteng now works as an egg farmer at her family’s business, Monzai Eggs. Although Sipingane has grown to love what she does, it has not always been an easy journey.

You originally wanted to study fashion… I never chose farming. Farming chose me. It was never a dream of mine to become a farmer and agriculture was a career far from what I initially intended to do and dreamt of. In 2013 my father was driving me to the North West University in Mafikeng, or rather, he was supposed to.

Somehow, we took a detour and I found myself enrolling as a student at the Potchefstroom College of Agriculture. Although being at an agricultural college was not a decision I agreed with, it is the one decision that changed and influenced my life.

Now I am more liberated, educated and conscious about food security and eradicating poverty. I have to admit that fashion is still my passion and agriculture was never my first love, but now I cannot imagine myself without agriculture. It has become more than a career. It has become a way of life.

So now you’re an egg farmer… Monzai Eggs is an egg producing farm in Rosashof, Vanderbijlpark. It was established in the early 2000’s. The egg farm produces, on average, 96 trays of eggs, which are supplied to both the formal (local supermarkets and bakeries) and informal markets. Six permanent employees are currently employed on the farm.

What has been the toughest challenge to overcome? There is an ongoing stereotype that the youth is not interested in agriculture. Whenever I submit proposals or apply for funding, it’s said to be “impossible” for a young individual, especially being black, to be interested and possess the experience I have. We were looking into rearing our own hens and accessing fertile eggs was a mission and a half. Being black disadvantaged us. Sometimes a black farmer should use a white individual as a front to penetrate certain channels or rather access certain things. Getting funding and sponsorship is like chasing a moving target. I’ve since established an initiative that strives to raise agriculture awareness.

Finding mentorship has been quite challenging for you. The only mentors I have are my parents. Mentorship was and still is a major challenge for me.

What has been the greatest reward from your mentorship relationship? I always say I am one of the lucky ones because my parents started farming long before me. They have more experience and have overcome several challenges. They have paved the way for me and I can always go to them whenever I am facing a challenge. They also learn one or two things from me in a sense that I have an agricultural qualification. Being young and innovative is also beneficial.

Do you have any advice for other young people hoping to enter the agri sector? Yes, much of the work in agriculture is the cultivation of crops, but there are various career options available to individuals. I can proudly say that there is something for everyone. Your role doesn’t necessarily have to be on the farm – for most people it isn’t. The industry needs market and advertising professionals, scientists, logistic and sales professionals. Agriculture not only empowers the individual, but the community and country at large. 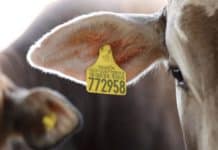 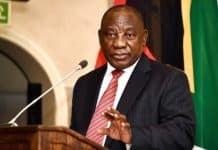 SONA: Sorry, Uncle Cyril, but it’s a no from agriculture 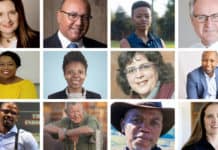 ‘If you want to grow, stop farming like your forefathers’