Why does our hit rate in black farmer commercialisation still suck?

Why does our hit rate in black farmer commercialisation still suck?

by Duncan Masiwa
in Food for Thought
Reading Time: 6 mins read
A A 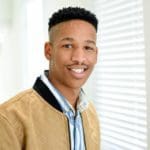 Sinelizwi Fakade has seen both sides of the efforts by the state and the commercial farming sector to develop smallholder farmers into small-scale commercial producers. Duncan Masiwa gets his unique perspective on why the systems currently in place continue to have such a low success rate. 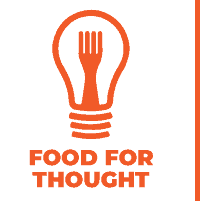 In August 2019, Fakade decided to exit the programme to become a farmer himself. The young farmer joined the world of farming, smashing headfirst into unfriendly barriers which hindered his growth and production potential.

The agriculturalist, who holds a Masters of Agriculture in Food Security and Policy, shares

with Food For Mzansi three major challenges that he has to personally face coming into the sector as a commercial farmer.

“I think the most important thing to understand is that to become a commercial farmer in the current system will always remain a massive challenge unless drastic decisions are taken practically to accommodate new entries,” Fakade claims.

The young farmer highlights existing financial structures as one of his major barriers to entry. “I was fortunate enough to have moveable assets through support from private investment. But you won’t believe how I struggled to obtain financing from the bank, despite having assets.”

Fakade says he submitted proposals to five banks and was declined by all five because he did not own the land.

“As an applicant that had investor support, I had assets (even though they were moveable at the time) and fixed contracts in place in terms of off-take agreements. There was a solid platform to which banks could benchmark the funding that I required, but still I was unsuccessful.”

Another big challenge was logistics, and he was paying exorbitant transport costs. Logistically he was told that his location was too far from areas such as Randfontein, Durban, Johannesburg, etc. for products such as sorghum and millet (predominantly used in pet food).

“I can produce tonnes and tonnes of product, but if I can’t sell it, I might as well close shop.

“Economically I need to survive against the guys that have been there for a long time. If I don’t sell my product and make money I can’t plant and as a result my business closes down,” Fakade details.

His inability to own the land he farmed caused much delay. As a new farmer he could not

discuss putting up a dam on his farm with the department of water affairs. This because the title deed was still under the former owner’s name.

Fakede says, “All of the critical farming infrastructure development that needed to happen for me to be more competitive, increase production and create more employment I could not do because I did not own the title deed.”

Fakade finally got ownership of his land this year in August but continues to say the barriers to entry in agriculture remain high. We asked him about some of the problems that plague the industry.

Duncan Masiwa: Is producing black farmers that can operate on a commercial scale is becoming more and more challenging due to unfavourable policies in place? What’s your take on this and what has your experience been?

The fortunate part is that as a country we probably have the best policy directions a country could have. However, the biggest issue is we have spent so much time writing up these policies but implementing them has not been as effective.

For me the major challenge is the land policy. If we as a country could just focus and really give attention to one of our policies in the industry, from a government and private sector perspective, we could be in a different place.

The solution is simple, in my eye. Who is doing it well? How can we than bring those people in to make sure that the outreach and expansion of that specific policy is then implemented elsewhere.

DM: Which high barriers to entry do you think are perhaps being addressed theoretically, but not practically?

SF: The financial structure is a massive issue, and the blended financing module (where farmers receive some money as a grant and the rest as a loan) is a prime example. A great theoretical piece of work, but where are the major success stories? And who has successfully completed the cycle of production through this current policy? These are some of the questions that I grapple with.

A farmer next to me has had 30 years to build his agricultural empire and he’s of course in a position to produce at a much larger scale than I. The question is how did he get there, if you look at the history of how farmers were subsidised before 1994, where did that system go? Is it because it wasn’t working? Well if it wasn’t working than we wouldn’t have mega farmers.

Yet, we’ve been very good at accommodating other policies and strategies that are as old as 20 years. We keep on talking about the same old barriers that are hindering black farmers participating in this industry, but what are we willing to do?

DM: The struggle of access to land and ownership thereof in South Africa is no new phenomenon, what do you make of this and what is the suggested solution?

SF: Government has made strides in terms of transformation. We cannot lie about that.

If a farmer is given a title deed but then rents it out for quick cash? That deserves severe penalty such as their title deed being expropriated from them.

If government really wants to transfer land into the black hands, the lease approach will only take us so far. Land ownership is going to change the picture completely.

DM: The minister recently announced that 70 000 hectares of state land will be released. What’s your take on government’s 30-year leasehold agreement with farmers, with an option to buy?

SF: I don’t see any guarantees of ownership around this. Whether it’s an option to buy after 30 years or within 30 years, I don’t think there’ll be a lot of headway made if we’re still talking a lease game.

I was told flat out by financing bodies they won’t invest in something that is not mine. “You don’t own the land, Sinelizwi, the previous farmer does,” they told me.

So those are the realities of the conversations that I have had with financial institutions. So how is a farmer that does not have the ability to talk about ownership of land, going to really commercialise at the pace we theoretically want black commercialisation to happen?

Also read: Want to farm? Here’s how you can get state land!

But be that as it may, let’s hope this strategy brings about change because we are not against it. However, we need to start commercially, and commercialisation thinking says you need to own fixed assets for you to expand.

This isn’t progress, it’s nonsense. Award title deeds so that the people can own land and get a loan from a bank that will enable them to invest in growing their businesses! A 30-year lease is not good enough and it keeps people beholden to the state. https://t.co/aePM1HimPP

Liewe Lulu: Do I marry out of duty?

Increased value addition to Kenya’s tea ‘the way to go’

Technology not a priority for Africa’s smallholder farmers

AGRITECH: As farming technology moves along at a rapid pace, it's crucial to get more African smallholder farmers on board....

A rundown of news you may have missed this week: Commodity groups and the Western Cape department of agriculture sign...

Anele Mtshemla and Thabisa Moleshe from Wild Coast Foods are currently in Dubai for the Polish-African Business Forum, an international...

This week's event calendar starts off with a wine and food event, followed by an online discussion on biofilms in...

Yes, precision irrigation is possible on a budget