‘Farmers near breaking point due to crime,’ warns FSA

Meanwhile Agri SA concludes day 1 of its virtual congress with chamber reports on, among others, rural safety

As Agri SA drew the curtain on the first day of its virtual annual congress, Free State Agriculture (FSA) has pleaded with government to abandon political ideologies and, instead, prioritise the well-being of the nation’s food suppliers.

As tension between government and farmers continue to rise following the murder of Brendan Horner, a 21-year-old Senekal farm foreman last week, FSA president Francois Wiken warned, “For too long, the agricultural sector… were appeased with all sorts of excuses and denials of the slaughter that is also taking place among black communities. It seems as if the dam wall is giving way.”

On Tuesday, violent clashes between police and farmers have erupted at the Senekal magistrate’s court where two suspects appeared for the murder of Brendin Horner.

Since then, many South Africans have reacted in range after about 100 people stormed the court. Gunshots were fired, court property damaged and a police vehicle set alight. Also, two ministers, Bheki Cele and Ronald Lamola, have condemned the violence that unfolded at the court.

“Accumulated frustrations leads to certain people taking matters into their own hands and a kind of vigilantism emerges, as took place in Senekal,” said Wilken. “FSA, once again, call on the government and the police to consider rural areas as a priority in service delivery, especially with regard to higher visibility investigation of stock-theft crimes, as well as the necessary intelligence structures to create safer and sustainable communities.”

He too warned that while police and organised agriculture’s relations have improved, a more effective strategy was needed to combat attacks on farmers and their workers, stock theft and the destruction of farm infrastructure.

Only time will tell whether government will launch concrete strategies to combat farm attacks and farm crime in rural communities, said Visser. “Government has broken their silence in more recent farm attacks as they now realise the worth of agriculture.”

ALSO READ: ‘Everyone on a farm is a victim or potential victim’

Visser added that more collaborative efforts should be made in tackling the scourge. “Through our provincial structures, we are prepared to work with both the police and government to create safer environments for farmers and workers to conduct their operations without the lingering threat of attacks and crime.”

Meanwhile, also today at the Agri SA congress, three different chambers also reported on their work and challenges. Sinesipho Tom assured attendees that Jolanda Andrag, head of the commodity chamber, assured attendees that it was playing a crucial role to support farmers and the entire agricultural value chain.

The commodity chamber has 26 members in livestock, agronomy and horticulture, said Andrag.

“We are unbelievably privileged to have a bird’s eye view of so many industries… and to see how each have their vulnerabilities, whether it is the logistical stuff, animal health, capacity issues or market access.”

Mihlali Xhlala, head of the corporate chamber, described the 59 members under her wing as “the upstream and the downstream of the agricultural value chain.”

Xhlala said, “My chamber’s greatest achievement was purely supporting the farmers during this time. We started the year with a bang. We had an embassy (event) where over 500 countries were represented and then, I think, very shortly that night we had covid-19.”

According to Duncan Masiwa, Visser later also joined a discussion with Cornie Swart, chairman of the general chamber. They deliberated on how the pandemic challenged the chamber, but also presented new opportunities.

Visser said they needed to “support producers with the interpretation of regulations, permits, and making information sheets available. There was also a restriction on the capacity of vehicles, and we made requests that it be lifted also for private vehicles and it was granted.”

ALSO READ: ‘Can someone in government please stand up?’

The slight drop in the price of fuel is good news for farmers who are busy harvesting, says Paul Makube, a senior agricultural economist...
Read more
News

Staff Reporter
Researched and written by our team of writers and editors.
44,237FansLike
4,809FollowersFollow
10,334FollowersFollow
418SubscribersSubscribe

Farmer torn between career and motherhood

Noluthando Ngcakani - 7th May 2021
Compromising mother hen in Bloemfontein writesI gave birth to a beautiful baby boy just four months ago. I am 35 and would like to...

So, how fresh are frozen veggies? 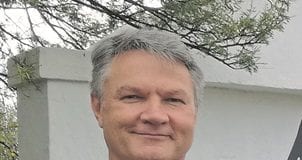 Popular TV host calls on Mzansi to back our farmers

Minimum wage: ‘The poorest of the poor will suffer’