Ramaphosa: Agriculture can create space in economy for young people

President Cyril Ramaphosa has once again reiterated government’s belief in the potential of agriculture to contribute to job creation in South Africa and the imperative to upscale support for emerging and small-scale.

Speaking at the ANC and its alliance partners’ online gathering, commemorating the 65th anniversary of the Freedom Charter on Friday.  Ramaphosa again emphasised agriculture’s potential to make space for younger people in the economy.

“There is significant scope to increase manufacturing and job-creation in the agricultural sector and we must ensure that all stakeholders work together to develop the sector. We need to scale-up support for emerging and small-scale farmers and bring more young people into the sector.”

There is significant scope to increase manufacturing & job-creation in the agricultural sector. We need to scale-up support for emerging and small-scale farmers and bring more young people into the sector.#FreedomCharter65 https://t.co/QHUTtAHlh3

According to the president the Freedom Charter demands the government to guarantee that “land shall be shared among those who work it.”

“This harkens back to the systematic dispossession of land, which remains one of the greatest injustices suffered by Black people in the history of our country. We are addressing this heinous crime against the people,” he said.

The state’s action plan to return land to the people has been accelerated since 2018, he added.

“We returned land to communities in KwaZulu Natal, the Eastern Cape, Gauteng, the Northern and Western Cape and other areas.“

“The joy and pride one observes on the faces of those whose land is returned is humbling and serves as a reminder of what we seek to do. Serve the people and ensure that we create a better life for all.”

According to Ramaphosa this programme has thus far concentrated on releasing state land to the people, but they are also working hard to complete other aspects of the land reform programme.

“Parliament needs to revive its processes to finalise the conditions under which expropriation of land will take place. This will bring certainty to a process that has been underway since early 2018,” he said.

Sinesipho Tom
Sinesipho Tom is an audience engagement journalist at Food for Mzansi. Before joining the team, she worked in financial and business news at Media24. She has an appetite for news reporting and has written articles for Business Insider, Fin24 and Parent 24. If you could describe Sinesipho in a sentence you would say that she is a small-town girl with big, big dreams.
37,813FansLike
4,809FollowersFollow
10,334FollowersFollow
303SubscribersSubscribe 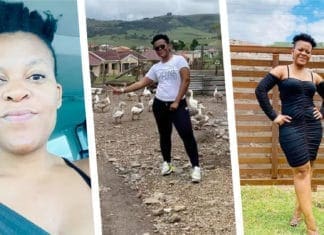