Tannie Susan, the cotton queen of the Northern Cape

Poultry queen is not looking for a king 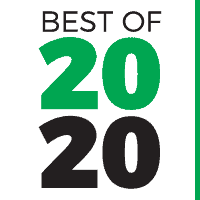 Meandering through the fluffy cotton fields of a Northern Cape farm you will find the overlapping footsteps of a hardworking woman etched out in the farm’s clay soil. These prints of passion belong to 60-year-old Susan van der Merwe, who is not only an award-winning farmer, but South Africa’s only female commercial cotton producer.

Her farm, situated on the east side of the Orange River in Groblershoop, is called Lowergroen. The 22-hectare piece of land hosts tons of white buds which are produced by a woman breaking ground in her profession.

But do not be misled, her path to success has not been easy.

“If you want success as a farmer, your footsteps must be visible and clearly marked on the land you toil. You have to be actively involved, otherwise important things might pass you by,” she says.

“You will think it is ok to spray chemicals tomorrow, but then you were actually supposed to spray today.”

Before now, Van der Merwe had carved herself a life far away from the farm. She obtained a degree in human resources management and worked in this profession for many years. She also married husband Schalk and had three beautiful children.

Then in 2011, Van der Merwe was forced to return to her birthplace on the death of her father. As one of two sisters she was the only one who ever showed interest in her father’s agricultural profession and at one stage she was even appointed as the pack house manager. So she inherited the 22-hectare plot.

At the time Van der Merwe succeeded to the leadership position she had already escaped her 40’s and had just celebrated her 51st birthday.

Taking over from her dad meant that there was little time for her to mourn his passing. It was September and the planting season had just arrived.

Hurriedly, van der Merwe had to sharpen her farming knowledge while also adjusting to an industry that seemed to her well-developed and revolutionised. She had to quickly take lead of 48 agriworkers and mission to plant rows upon rows of cotton seeds.

“I had to push my emotions aside. There was work to be done. Yes, at times it was hard but what else could I do? I did it with the Lord’s guidance and with the help of other farmers’ advice. When I came into the picture (running a farm) I was quick to observe how things were done,” Susan recalls.

Luckily, along with the farm, Susan inherited a community of farmers who were eager to help guide her through the process. She also read a lot and there were regular farmer’s meetings held in the area.

“Till today, we share information with each other about the industry and exchange ideas. This was and is very insightful, and I enjoy the sessions,”  Van der Merwe states.

Struggles of a cotton farmer

The 2015 Northern Cape commercial women farmer of the year has come a long way since then and her road to success was not always easy.

In her early days of leadership Van der Merwe struggled to come to terms with the laborious sector that is agriculture. Often, at times, she would even cross swords with the agriworkers they employed who wouldn’t listen to her instructions.

These struggles of the workplace of course tested her, but Van der Merwe’s biggest challenge remains mechanical. Nuts and bolts have never been her cup of tea and luckily she has a wonderful husband who does all the mechanical work for her. He is very good with his hands, she jokes.

“I had to push my emotions aside. There was work to be done. Yes, at times it was hard but what else could I do? I did it with the Lord’s guidance.”

Van der Merwe has no problem admitting where she falls short. She recently realised that she is in too much of a hurry to start picking the cotton after spraying defoliation chemicals. She is supposed to wait until the cotton has peeled open and is completely ripe before she starts picking.

“I think I should rather drive somewhere and then come back after two or three weeks. Because the whiter that cotton gets, the more my hand starts itching to pick them. Later on I see that I lost the balls (of cotton). So, I should rather calm down and go on holiday,” the farmers says jokingly.

Cultivating cotton from the ground up

Susan loves every stage of the cotton production cycle, but reckons the industry is not for the faint hearted.

Van der Merwe recollects nostalgic days in her girlhood in which she would find herself mindlessly staring at the snow white buds. At times, her young body would manoeuvre through the cotton blocks to get to where her dad was working. However, never did she realise the amount of effort behind the entire production process.

“A cotton plant and a turkey are very similar for me. It’s a very nerve-wracking process from when you plant the seed to when it finally comes out. Once it’s out and the petals show, it grows very quickly thereafter,” Van der Merwe states.

She says the same goes with turkeys: after two to three weeks of the bird hatching, one struggles to keep it alive because they are so fragile. However, after that she says the turkey grows terribly fast.

“I enjoy seeing how the cotton plant grows, develops and all the other stages it goes through,” Van der Merwe explains.

She reckons it is a demanding process, but is comforted knowing that after all the hard work she will be able to watch over her land covered in white gold. How could she not when her profession brings her so much joy.

‘Steps guided by the Lord’

The seasoned farmer may have inherited the land she works today, but she does not want young, new farmers to be confused and assume that her journey has been easy.

She says cotton needs a watchful eye and one can’t plant today and expect to harvest tomorrow. “Firstly, they must know that my steps have been guided by the Lord.

“I would rather ask a farmer who has been farming for years and has a lot of experience than read a cotton handbook. It’s up to you whether you’re going to use the advice or not,” Van der Merwe says.

The cotton producer is content with her farming journey and says she is at peace.

“I have already done everything I wanted to do. There is nothing new I want to do. I’m just waiting for the Lord to decide when it’s my time to leave the earth. I think a farmer is very close to the Him, but I think I am a little closer to Him because I’m a woman,” she laughs.

Farm attack survivor: ‘I survived, there is purpose for me’

It’s been almost two years since Free State farmer Mimie Jacobs had to endure a brutal attack on her farm during which perpetrators threatened...
Read more
Inspiration

Dairy farmer on mission to make a difference

It was exactly ten years ago when dairy farmer Siviwe Tikana (28) joined a missionary organisation called Youth With a Mission in Worcester, Western...
Read more
Inspiration

Born without hands, this farmer builds his own future

Sibusiso Mogale is a farmer from eNgodini, Mbombela in Mpumalanga who produces chickens and organic vegetables. He knows the struggles that many small-scale farmers...
Read more
Entrepreneurs

How Zinhle burns poverty, one briquette at a time

When Zinhle Lorraine started her charcoal and briquette business, Six To Six Brands, it was out of the need to put food on the table. Now,...
Read more
- Advertisement -