After a life-changing moment that turned his world upside down, livestock farmer Wessel Bibbey, took it upon himself to press the reset button and do things differently.

With the second chance the Free State farmer was given after suffering a heart attack, he decided to form a partnership with his agriworkers and bought a farm for them to cultivate themselves.

“I think the great need in the country is relationships, if relationships on farms can be repaired, then there is hope for us,” Bibbey says in the third episode of Vir die liefde van die land (“For the love of the land”). A brand-new agricultural show that has taken Mzansi by storm.

The popular new DStv show is hosted by Food For Mzansi’s co-founder Ivor Price and Piet Potgieter, manager of developing agriculture at the VKB Group. New episodes are broadcasted every Thursday at 18:00 on VIA, channel 147.

Investing in the people who toil his land

In the episode Bibbey can be seen sharing details of his love for agriculture, why he develops agricultural students and the reason behind forming a partnership with his agriworkers.

Bibey grew up on the farm he still farms on today. He also shares with viewers intricate details of his father’s passing and how his mother was forced to take charge of the farm in the early 90s.

He also talks with Price and Potgieter about his health issues and a heart attack at the age of 30 which brought a new outlook on life.

Training the ‘new farmer’ with VKB

Viewers can also look forward to hearing from Moses Maine, the director of transformation at VKB. In the episode he talks about the training their agricultural enterprise offers to new or previously disadvantaged farmers. The training exposes them to modern farming practices, Maine says.

Previous articleCoping with covid-19: cattle farmers share top tips
Next articleWildfires: ‘What did we do to deserve such suffering?’

80 farmworkers flung from back of truck

Three weeks after the Western Cape government pleaded with farmers to stop transporting their labourers on the back of trucks, the province was hit...
Read more
News

In a desperate last attempt to save the wine industry, Vinpro has given government an ultimatum: either lift the alcohol sales ban by Friday,...
Read more
COVID-19

Craft beer is dead, and government killed it

Large amounts of bad debt, failed loan repayments, depleted savings accounts and threats from landlords is the grim reality faced by more than half...
Read more

Duncan Masiwa
DUNCAN MASIWA is a budding journalist with a passion for telling great agricultural stories. He hails from Macassar, close to Somerset West in the Western Cape, where he first started writing for the Helderberg Gazette community newspaper. Besides making a name for himself as a columnist, he is also an avid poet who has shared stages with artists like Mahalia Buchanan, Charisma Hanekam, Jesse Jordan and Motlatsi Mofatse.
37,889FansLike
4,809FollowersFollow
10,334FollowersFollow
307SubscribersSubscribe 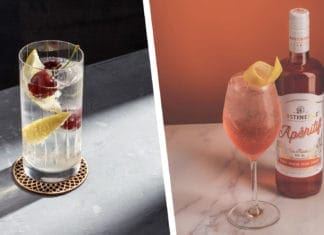 Win 2 bottles to beat the #BoozeBan

Noluthando Ngcakani - 27th Jan 2021
Looking for a bit of a break from all those sugar-laden soft drinks and don’t want to cross a certain “top cop” during the...