To many South Africans, a R350 government grant doesn’t sound like much. Up-and-coming farmers will, however, tell you that it is possible to turn the new social relief of distress grant into a business opportunity.

Just look at Tumisang Matshogo, a farmer from Driefontein in North West, who started farming using his bursary money. And then there’s Itumeleng Lekomanyane who started his street hustle, Sandwich Nton Nton, with only R800.

In his announcement of the R350 grant, President Cyril Ramaphosa says the new grant is for those who are unable to meet their families’ most basic needs. A total of R26.7-billion has been allocated for eight months with effect from August until March 2022.

ALSO READ: Fighting poverty with entrepreneurship and their NSFAS bursaries

He explains that it takes up to six weeks for a day-old chick to reach market weight. “Once they find a market to sell their chicks the farmers can then invest the proceeds back to their business to expand it,” explains Matshogo.

He shares that another way farmers can expand their poultry business is by selling the eggs that the chickens lay.

“The poultry and the egg business will generate two streams of income for the farmer which will allow them to expand their farming operation even further.”

How about some butternuts?

Matshogo reveals that growing and selling butternuts is also a viable business that one can start with the R350 social grant.

“If they have water available in their area, the farmer can buy butternut seeds for R200. With the remaining R150 they can buy fertiliser and then the farm can start there,” he says.

He tells Food For Mzansi that if a future farmer buys butternut seeds for R200, they can bank about R2 000 by the time they harvest. That is because one butternut can sell for R25 on the market. According to Matshogo, another advantage of growing butternut is that one butternut seed can give you five butternuts.

“Butternuts take about three months to grow and if you continue planting butternuts, I think in two years’ time that R350 can take you someone somewhere,” he says.

You can start a vetkoek business

Meanwhile, Lekomanyane says an aspiring street vendor can use the social grant to start a profitable business by selling amagwinya (fat cakes) in a busy street in town or in their community.

“To start selling amagwinya you would need three ingredients. Firstly, a 1,5kg-bag of flour which would cost about R110 at most, instant yeast sachets which would cost you R150 for three of them and cooking oil. You also need electricity and a stove that you can use at home,” he says.

Lekomanyane believes that budding entrepreneurs can make quite a profit because he believes amagwinya are the one food item that, in his experience, always fly off the shelf.

“They sell quickly because everyone can afford them. So, people can make a profit, but they just have to manage their profit properly just to make sure that it can actually buy them stock.”

He advises that whatever profits are made on the day must be reinvested in getting more stock to keep the business running. “Even when they receive the R350 again the following month, they should do the same so that they can be able to expand their business,” he says.

Nkosinathi Makamela, a small-scale farmer from Idutywa in the Eastern Cape who started his farm with his NSFAS allowance, says even a small vegetable garden can be started with the R350 social grant.

Makamela says one can start by planting spinach, potatoes, tomatoes, and onions if they have enough water in their area.

When farmers reach harvest time, they can sell their and use the profit to plant more vegetables to expand their garden, explains Makamela.

ALSO READ: From NSFAS to two agri-businesses and an upcoming PhD 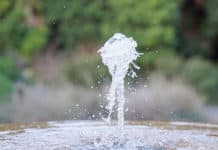 Farmers have ‘lost all faith’ in municipalities 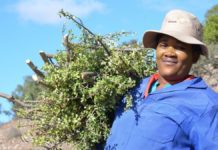 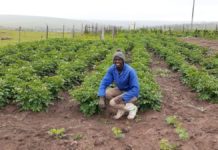