On a rocking chair, on the stoep, on another day, stretching hopelessly her powers of recollection for the best of her dead friend, Auntie Lena sat. There she sat and sat, looking out at her garden. The truth was that it was less of a garden now, since her best friend of fifty five years, Yolanda died, than it was a circle of bare earth colonised by sow thistle, and a lizard now zipping about in a twilight, finely swept with mine dust, for a Christmas Eve meal.

On its side, the life in it long gone, a rose stared out at her. She held its gaze, searching. Circling her eyes, brown and teary, around the rot of its petals, its once handsome stem and all it could have meant to someone had she earlier found the will to halt its demise. These days, Auntie Lena searched everything for best memories of Yolanda.

An early dinner before the check-in. They’d become less frequent, but no less irritating. Johnny – a muscled tower of arrogance. Within days of sending him off to private school at the age of twelve, he’d begun addressing Yolanda by her first name.  It struck hard. But you’d never know. She accepted her adopted son’s hubris, raised from her pain a brick wall none of the rocks he threw at her could crack. She called it “love”.

But the image of a self-deceiving wall was not the kind of memory of her friend she sought.

In the kitchen – a match box within the match box the 60s had thrown her mother into – she tied a black scarf around her head which boasted a shoulder length mane that may have lost its midnight blackness but neither its curl nor luminance. Tumbling curls scarcely ever in need of brushing, they’d had been the feature of her youth.

Oh, how boys came flocking to her home to see her toss and flick her eighteen year old head like an aloof ‘ek-dink-niks-van-julle-maar-jule-kan-ma-kyk’ movie star! The boys. The beautiful boys. The beautiful shades of brown who would sit in her family’s living room transfixed, as if met by a sacred production of flicks and tosses. Rapt. As if God himself whispered in their dreams to undertake a pilgrimage to 16 Lion Street, where the pure theatre of Lena Booysen’s hair would save their souls.

An assortment of tosses and flicks lay in Lena’s repertoire of both luring boys in and sending them home. The ‘Jy is nogal oulik’ flick:  a measured, deliberate sweeping away of her fringe from her eyes before leaning in to pour some tea and search more closely for tenderness in a pretender to her love. The ‘jy is oulik, ma nie vi’ my nie’ flick: a flick closer to a toss of hair from her should as she left the room having scanned a candidate and deemed him unworthy. The ‘power’ flick: a muscled tossing back of her locks on either side with the back of her hands, revealing the full mahogany fury of her neck and shoulders, screaming, as a boy she liked tried to leave, Sit net jou gat neer. ‘jy ga’n nerens nie!’

Something to eat. A jacket potato, perhaps. Lena had never cooked a full meal of anything in her life. Her husband, lamed in one leg in WWII, assumed domestic duties until his death 10 years ago. Yolanda then moved in to pull Lena from her grief and never left, leaving Lena to continue her work as a seamstress for a Fordsburg clothing factory. Just as Lena has would begin to find in her brain a picture of her friend working, chopping, grating, slicing dicing her way to meal after meal from the bare minimum to spreads fit for royalty, it would summarily be bounced aside by the invidious, real-time, sorrowed mundane.

Before Johnny would check in. Always somewhere to go, that Johnny. Always late for church. It would probably be church this time.

On the piano. Her head on face down on the keys. That’s how they found Yolanda. It’s all Lena knows for sure now. How her friend died. A stroke. ‘Snaakse word, daai. ‘Stroke’’. The word conjured up the caress of a puppy’s belly, tender fingers across a loved one’s cheek. How could so gentle a word also mean ‘om ‘n hart uit iemand se lewe te skeur?’.

Anyway, something to eat.

It started with a potato and a rush of blood from the pit of her gut to centre of her brain. A potato she pulled from a paper bag and something thoroughly familiar but not from this kitchen nor this house nor this township nor this ugly, ugly world took hold of her feet and hands.

Johnny, tall, bald, muscled and honey-dipped handsome, arrived in his least expensive car. He hated drawing attention to his vehicles. By the time his five minutes were up visiting this weird old woman whom Yolanda, in her will, had demanded he check in on after her death, he’d always return to the most valued of his cars soiled with fingerprints all over by kids whose mothers, he believed, had instructed them to dirty his cars with their filthy hands. Lena spoke some words of the kids aspiring to be like him. But, no. To Johnny, it was, as it had always been. Jealous Riverlea. Jealous, jealous Riverlea, He hated it almost as much as he hated every second of these visits with a woman who, of late, had begun bombarding him with questions about Yolanda she should’ve known all the answers to. ‘Just three minutes, today and I’m out of here’, he warned himself as he entered the front door of 16 Lion Street, already ajar.

Strange that she wasn’t already waiting for him in the sitting room. He didn’t like surprises. Since the day he stumbled across a few of Yolanda’s letters which told him he was both a bastard and an orphan, he abhorred surprises.

‘Hello. Auntie Lena?’, he called out.

It was silent. Too silent. The kind of silence that always preceded a surprise. His impulse to run was only called to a halt by a familiar smell, a long-ago scent drawing him towards the kitchen, where precisely the thing he didn’t want awaited. A surprise.

Auntie Lena sat at the head of a table facing the entrance, where tall, irritated Johnny stood.

‘Auntie Lena?, a newness about her he couldn’t place and quickened in him a need for escape.

‘Johnny’, a newness about her not in any mood for his condescending kak today.

His body, pressed to run, but pulled by a scent not a nerve in his gut could refuse. At the centre of the table dressed in a white cloth embroidered along the edges with daisies that had seen better days, on a chopping board, veteran of its own share of decades, stood a stainless steel pot. Though sealed, the air of the room swelled with the aroma of its contents, drawing Johnny further and further into a stupor.

‘I can’t stay long. I’m just checking in to see how you’re doing’. Words he’d comfortably spoken many times in the same, ‘shut up woman, I’m just doing this for Yolanda’ tone, stopped at the tip of his tongue, though. Tonight, they refused to travel any further.

Johnny slowly pulled up a seat and sat.

Johnny listened, as she stood up, laid down a plate and dished from the pot.

Johnny gave up. He silently resigned, ‘Let this weird auntie speak, do as she says, get out of there and never come here again. The old bag has lost her mind to grief. I’ll speak to some nursing homes as soon as I’m out of here’.

Lena scooped the curry onto his plate, making sure to witness its vapours entered him and did what they were meant to do.

‘She never told you about having found you on the church steps because I told her a boy like you would resent her. But you found out anyway and you did’.

‘Church. I almost forgot’. He saw a gap. Surely, this God-fearing woman would understand. Though faltering from the curried air, he stood.

Johnny sat his gat neer. Again. The nursing homes he’ll just throw her in flashed before his eyes.

‘Your mother taught me many things. But there was one thing I could never master, no matter how hard she tried to get it into my head. Thirty five years of living together and I never manage to get right’.

His plate was full by the time she said it.

‘I found your mother today and she thought you might be hungry’.

‘Whatever auntie. Please just hurry up’.

She pulls out a plate of rotis from the oven warmer, folds and places one on the edge of his plate.

‘See, Johnny. I spent the past two hours alone in this kitchen, my hands and feet doing all sorts of things I thought cooking might entail, but I never made this food. Your mother did’.

Johnny had heard the word ‘mother’ too many times now. She was Yolanda. Nothing else to him. And this auntie’s macabre fantasies are now really getting on his nerves. He must find a way out. But Lena has blocked the doorway. Power flick! Power flick! Power! Power!  Flick! Flick! And Johnny is once more out of options.

‘I never cooked a whole pot of food in my life, Johnny. Your mother did all the cooking. Maybe you didn’t know this, but now you do’.

Johnny, tall and muscled, too rich and handsome for this, had never felt more dwarfed, spineless, derelict, shapeless – so very, very far from what he thought he knew about freedom.

But for clipping a piece of roti with his right hand, scooping up a chunk of meat and lifting it to his mouth, Johnny could do nothing else.

Auntie Lena watched her friend’s son swallow. She stifled a smile, as she watched everything about him light up. Though trembling, there was no trace of fear. He shone as brightly as the day his mother had found him. A pair of tears, caught by the shine of a Riverlea moon flooding the kitchen now, rolled – no – gently stroked his cheeks. She watched him as he stared out at the world ahead as though in it were colours he’d never seen before and parted his lips to speak as if speaking itself were a thing newly born. 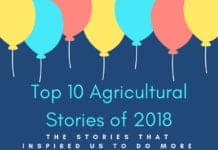