Get inside Africa’s largest combine harvester

How to make compost with kitchen scraps

by Staff Reporter
in News
Reading Time: 3 mins read
A A

Auctions often still speak Afrikaans only, says Northern Cape livestock farmer Refilwe Coetzee in a no-holds-barred interview with Farmer’s Inside Track, this week’s podcast that has just been released.

Speaking to Noluthando Ngcakani, the 34-year-old admits that it is not always easy to be a successful female farmer in a male-dominated sector. “When I walk into auctions and they start selling the livestock… I say I am the owner and I tell them, ‘With or without VAT’ Everyone look at each other as if to say, ‘Look at this little girl.”

Other podcast highlights include senior manager for agribusiness at Standard Bank, Bertie Hamman, who chats about farmers being either under- or overcapitalised, and the consequences thereof for their agribusinesses. 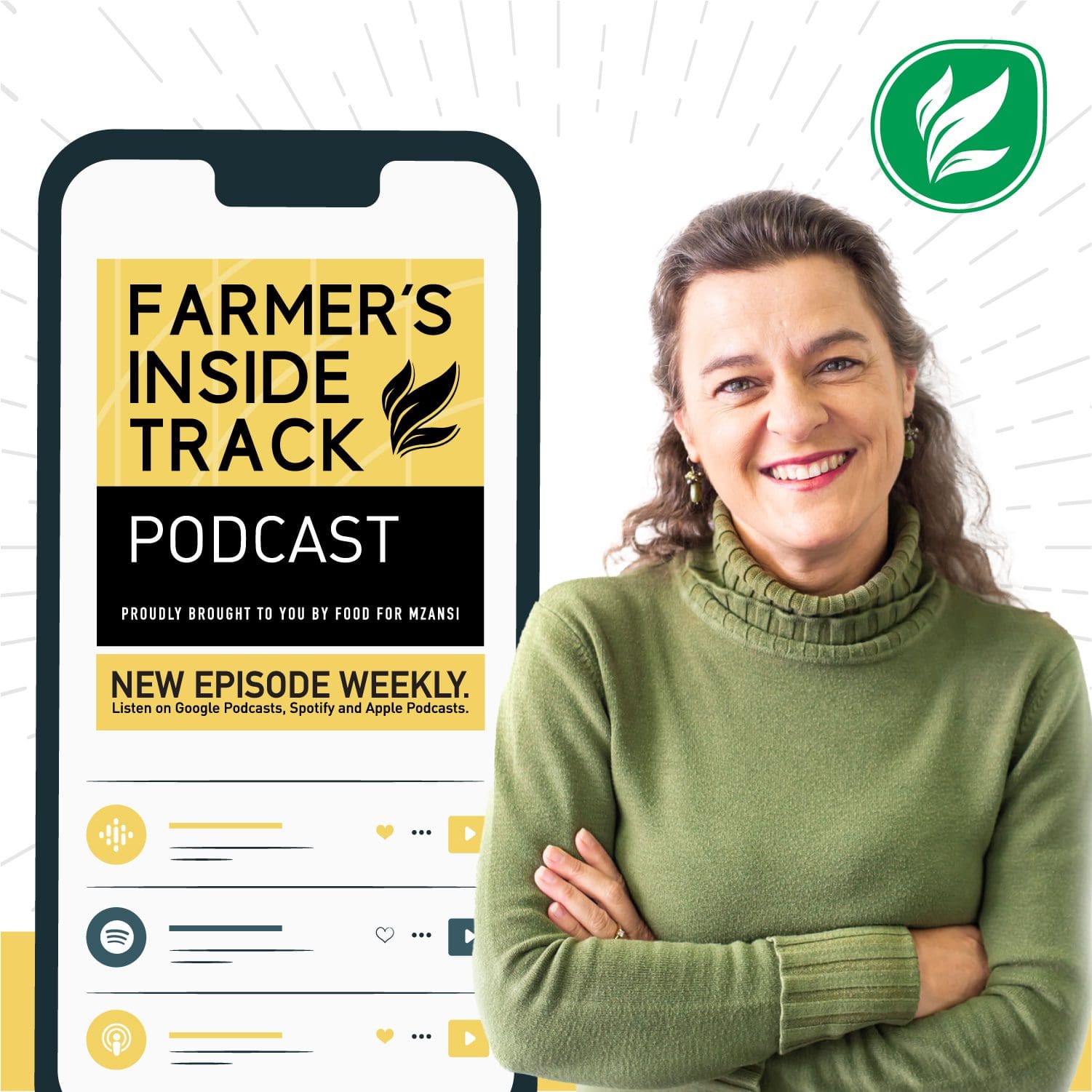 Patience Nyongane joins our Mzansi Flavour segment, sharing the secret to her favourite South African dish. While many  do not know what to do after matric, taking the road less travelled helped the 22-year-old chef to realise her dream of owning her very own catering company. Also, dietician Andrea du Plessis has a top tip about dietary diversity.

Then farmers have selected “Lift As You Rise: Speeches and Thoughts on Leadership” by Bonang Mohale as their book of the week. Mohale is a respected businessman, who is known as much for his patriotism and his active role in seeking to advance his country’s interests as for the leading role he has played in companies like Otis Elevators, Shell South Africa and South African Airways, among others. Developed over 30 years of business experience, his insights have motivated change in organisations and individuals alike.

Also on Farmer’s Inside Track, agricultural economist Dr Johnny van der Merwe is back with the latest AMT Fresh Produce Outlook on the markets. Van der Merwe reports that the potato price increased last week by 6% to R60,81 per 10kg bag with low volumes that is still supporting these prices.

As expected, the tomato price decreased by 11% week-on-week to R5,96 per kilogram with volumes starting to increase because of the warmer weather. He also analyses price shifts in the fruit and vegetable markets across South Africa.

Farmer’s Inside Track is hosted by Food For Mzansi’s Dawn Noemdoe and Duncan Masiwa.

How to listen to Farmer’s Inside Track

Option 1: Click here to listen on Spotify (all mobile and other devices).

Option 2: Click here to listen on any Apple device.

FARMER'S INSIDE TRACK: Entering the microgreen market comes highly recommended. To reap all the benefits, experts explain what is required...

Get inside Africa’s largest combine harvester

In agriculture, there is no time and resources to waste. And John Deere's X9 Combine Harvester, specifically designed for high...

How to make compost with kitchen scraps

LIFESTYLE: Since our kitchens serve as headquarters for all things food-related, little heaps of liquid gold build up all the...

A pocket of the Eastern Cape is fast running out of water and the urban and semi-urban farmers of KwaNobuhle,...

A pocket of the Eastern Cape is fast running out of water and the urban and semi-urban farmers of KwaNobuhle,...

Farmer gets his hands dirty while building family empire

Save on production costs with conservation agriculture