Charles Back had an unusual response to a farm attack that almost killed him. Unusual because he refused to let it start a race-based furore. Unusual because of his calm in the wake of such trauma.

Then again, much of what Back does as owner of the Fairview powerhouse just outside Paarl is unusual: ventures that are atypical for farmers, sharing profits which is atypical for big business and an almost-philosophical approach to his every move which is atypical for, well, most people.  The result is nothing short of inspiring.

Back runs a business which employs 600 people and where various employees of colour are shareholders or co-owners of smaller businesses. Back calls it empowerment plugged into existing infrastructure, “rather than cutting off a piece of land and setting people up for failure”.

“It’s because of the way Back sees people,” says Themba Kumatana. Kumatana worked in the dispatch warehouse when Back saw him studying in his spare time. Back ended up paying for his studies and employing him. He then financed the HR firm which Kumatana now co-owns and which services Fairview as its main client.

Lisbey van Niekerk was a domestic worker at the time Back realised his laundry bill was R1 million each year. He then financed the equipment for Lisbey and colleague Lottie to start their own laundry service. Fairview was the first client.

Staff are transported by a former employee whose first taxi was financed by Back. He now owns a fleet of five. Back’ citrus orchard is farmed by a young man who had asked for an opportunity. Back gave it to him rent-free in return for profit share. And 10% of Fairview’s shares is owned by managers.

“Because the agricultural resources we had weren’t very good, I decided 40 years ago that my most important asset are people, and that that should differentiate me in future.”

Some 15 years on, he had an independent study done on the aspirations of Fairview’s 59 employees (because “it’s important to have meaningful consultation with the people we’re intending to help”).

The survey revealed that farmworkers aspire to the things most people would: good remuneration, a house, good healthcare, a pension and schooling for their children. “I adapted my policy and said let’s see how we can increase pay without impairing productivity. That I did by adding value to agricultural products, so I could employ people along the value chain. The further you get from primary agriculture, the greater the opportunity to remunerate people better.”

Today, Fairview produces a vast array of consumables from wine, cheese and meat to baked goods, preserves and condiments. It is visited by more than 250 000 tourists annually.

“Also, at that stage the women in the farmworker households had seasonal work on which you can’t build a life. I realised I had to employ women as well and of the 100 people working in the cheese factory today, 80% are women.”

The result was dual-income households but also spin-offs like employing staff in the crèche that became a necessity.

Back says he has managed to buy plots adjacent to Abbotsdale for employees of his Malmesbury operation. His Fairvalley project in Paarl remains a headache, though. With government assistance he bought land adjacent to Fairview for building 59 worker houses.

He raised money through wine sales under the Fairvalley label. “When we got this piece of land, national government assured us that they have the authority to divide it into plots and provide services. It’s taken us 20 years and they still haven’t subdivided the plots.”

Back says he will not retire before the project is completed. “If a farmworker has a house on a farm, he merely has a house, but if he has his own house on his own piece of ground, he’s got a home.”

All of this is driven by a personal philosophy that he purposely applies in business. “To enhance the life of the people who work with me, and of my customers – and to do that simultaneously. If I were to define what I’m about, that would be the fairest reflection.”

Having purpose also keeps one going. Because worries are plenty: “Crime, no doubt, is a big challenge in agriculture. I’m living proof of it, but I’m also talking about general theft. You can’t put in an irrigation system or a pump in the pump house and think you’ll find it there tomorrow.”

He worries about high input costs, poor quality but militant labour unions, and illegal occupation of worker houses; the irreconcilable trends of dwindling productivity and escalating aspirations, and public servants’ lack of respect for the public and discipline which is set to consume us completely.

So how does he not get despondent?

It was true even after he was attacked in February. He was repeatedly hit with a crowbar, rolled into a carpet and left for dead. His eye socket was smashed into the sinus cavity. He had broken bones and needed 70 stitches to his head. Yet he was back at work the following day, determined to lead from the front and determined to convey a message to South Africa.

Six months on, he still agrees with that first Facebook post. “I want it to be known that this attack was not politically divisive in any way, but that these were just 3 common gangsters motivated by their own self-interests. I believe in the values that this country was built on and continue to hope for harmony and peace. I am now doubly motivated to come into work every day and will continue to ensure that I can contribute and try make even the smallest difference in my community.”

His wish is for more of that. “One mustn’t get despondent by looking at the bigger picture too much. Ask how you can contribute in your own little way. Everybody can do something and influence the lives of people around them in a positive way. That’s what this country desperately needs.” 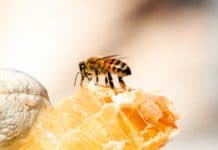 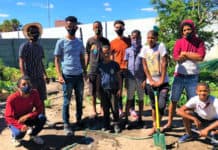 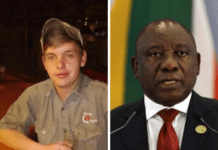