In pictures: Big toys (and smiles!) at Nampo

Kenya to hand over land to private companies

Give sprouts a go in the comfort of your home

All you need to know about growing avocados

Thabo Ramaphala (33) returned from London where he worked as an auditor to start his own chicken business in Mzansi. 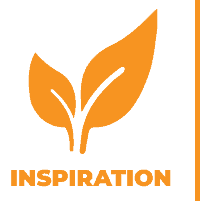 About 30-minutes east of Pretoria sits the town of Cullinan, renowned for the discovery of the largest rough gem diamond in 1905. However, that is not the only gem this attractive town has produced.

How he did it, the farmer explains, has been as the result of “hard work, calculated risks, persistence and an unusual love for chickens.”

ALSO READ: ‘I am happy in agriculture,’ says 31yo farm manager

Ramaphala’s business, Fine Living Chicks, is a 6.8-hectare mixed farming operation in Cullinan about the size of six rugby fields. The farm has four poultry houses with the capacity of 15 000 chickens. Apart from chickens, Fine Living Chicks also produces herbs like coriander and parsley as well as baby spinach and watermelons.

Coming Home To Start A Legacy

But growing up, the 33-year-old never had an interest in the work of a farmer, or anything related to agriculture for that matter. In fact, he was never even exposed to the sector. He was raised by businessmen and women who ultimately steered Ramaphala to pursue a corporate career in accounting.

Ramaphala was 13 when his mother booked him a flight to join her in London where she had been working for two years. It is there, where he grew up and completed his schooling and university education. A few years after graduating, he joined MNSK Chartered Accountants in Birmingham as an audit manager.

After having built a life and successful career in Britain, Ramaphala decided to visit his family here in Mzansi. By that time his mother had returned home, and he was rather eager to see his entire family again.

It was a visit long overdue, but Ramaphala never anticipated that his trip back to South Africa would be more than what he bargained for.

“During my vacation I visited my aunt, who sold chickens. When I saw her baby chickens for the first time they looked like a moving carpet and I fell in love. It was like love at first sight,” Ramaphala says.

According to the agripreneur’s aunt, Yoliswa Maluleke, Ramaphala showed deep interest in chicken farming although he was scared of the baby chicks. “When Thabo visited me at my home, he didn’t want to hold them at first, but after two weeks of spending time with the chicks we struggled to get him away from the chicken house,” Ramaphala’s aunt explains.

Maluleke, who started farming with 1000 chickens in 2013, believes that her nephew’s interest in farming was natural. “Thabo displayed so much passion and dedication towards the baby chicks. He even slept in the cages,” she says.

Following his newly developed interest in chicken farming, Ramaphala immediately applied for an extension of two weeks unpaid leave to try out the chicken business for himself.

“I rented a two thousand capacity broiler house and was so impressed with the profits I received that I went back to work and asked my employer for a further three months unpaid leave,” Ramphala explains.

Eventually he resigned to concentrate on his agricultural aspirations.

Ramaphala was 28 years old at the time and says everyone wondered how he could leave a good paying job behind in Birmingham to pursue farming. “But I’d rather take the chance of failing at a young age than at a later stage when I have a family and other responsibilities,” he explains.

Because Ramaphala didn’t know much about the agricultural industry, he was quick to learn as much as he could. He did this by attending training sessions and seminars hosted by the Gauteng Department of Agriculture and Rural Development (GDARD). He also educated himself through reading books and countless hours of internet research.

The personality of a successful entrepreneur

According Ruth Chapepe, who is Ramaphala’s agricultural advisor at GDARD, what stands out about the young mover and shaker is that he is resilient. She explains that there are various challenges they, as agricultural advisors, encounter in terms of service delivery to the beneficiaries. And although at many times most farmers pull out of the system because of frustration, that was not the case with Ramaphala.

What contributes to Ramaphala’s success, Chapepe believes, is his passion, persistence and perseverance. “Furthermore, he invests his time, profits and his educational background into the business. Farming is a business and certain skills are prerequisite in operating a successful farming enterprise, and Ramaphala possesses those skills,” Chapepe explains.

However, for Ramaphala those early days in business were far from easy. For starters, the business was started in 2014 during the cold winter days of June. Maintaining the temperatures of the chicken shed for the day-old chicks proved to be a real struggle for Ramaphala.

“I used to sleep in the cages to constantly monitor the chicks. Farming is equivalent to early mornings and late nights.”

“During that time, I started understanding the importance of being committed in this business,” Ramaphala says.

Secondly, the working facilities at the time weren’t great either. Keeping the day-old chicks warm at night was a bit of a mission and Ramaphala couldn’t afford gas or electrical heaters. “I would make a fire and use the heated coals to heat the chicks instead,” he says.

In 2015 the Cullinan area was hit with one of the most dreaded poultry diseases in the world, Newcastle disease, and it affected Fine Living Chicks as well. “The farm was quarantined for 40 days and all my chickens had to be killed. I was broke and had to start all over again.”

Luckily, by then, Thabo knew the ins and outs of the industry and could bounce back with ease. He says those early days wasn’t easy for him, but they were necessary. “I’m grateful for all the struggles. Because of it I’m a better farmer and businessman. I know now what a hungry chicken looks like, a sick chicken and even a happy chicken because of those experiences,” he says.

Ramaphala’s entrepreneurial personality is that of a go-getter and risk taker. But he believes that it is thanks to the people he chooses to surround himself with, who have contributed to his success. “I’ve got a very strong team around me, which consists of my mother, father, two brothers, my partner and baby daughter. Without them there is no Thabo Ramapahele,” he unashamedly exclaims.

Apart from being named the 2019 young farmer and young entrepreneur in the commercial farming category by DARD and scooping a number of other awards, it is to his family that the farmer is most grateful. He is especially thankful for his mother.

“This woman has made so many sacrifices for me and I’m so grateful for her. I pay my own salary because of my mother and if I could shout from a mountain top for the whole world to hear I would,” Ramaphala says.

The young farmer’s advice to his peers and aspiring farmers is to start small. “The key to agriculture is to just start. Don’t use money and not having access to land as an excuse. That no longer works.”

Here’s how to partner with Gauteng’s cannabis programme

The Gauteng provincial government is calling for partnership proposals to get involved in different parts of the cannabis value chain....

‘Why be broke if you have a brain, hands and soil?’

In his State of the Province address the Gauteng premier said his province has set up a a dedicated team...

Gauteng agri MEC lays out his priorities for 2022

Gauteng agri MEC Parks Tau lays out his plans for 2022 on this episode of Farmer's Inside Track. It includes...

Give sprouts a go in the comfort of your home

Sprouts are perfect to grow in the comfort of your own home. These little germinated seeds are often used in...

In pictures: Big toys (and smiles!) at Nampo

Fishers Speak Out: ‘No to oil and gas from our oceans’

Kenya to hand over land to private companies