South Africa’s dairy industry is tough, but so is Jeanet Rikhotso, who is fast making a name for herself as a woman with an extraordinary talent for farming.

Rikhotso manages a farm called Middeldrift Dairy, a 165-hectare farm carrying 700 cows and producing up to 3.5 million litres of milk each year. And she is only 31!

Born in 1987 in Tzaneen, Limpopo, Rikhotso developed her love for farming at an early age. Being the third of four children, Rikhotso’s grandmother was very involved in her upbringing and it is here, working on a farm alongside her granny, that Rikhotso fell in love with farming. “It was so peaceful,” she says.

Although she was exposed to vegetable and fruit farming in her youth, Rikhotso obtained her National Diploma in Agricultural Animal Production from the Tshwane University of Technology in 2008.

Identified as one of the top 10 students in her class, she met Jeff Every, the CEO of Amadlelo Milk Producers, when he interviewed her in 2007. Rikhotso was introduced to the dairy industry the following year when placed with her mentor, Leonard Mavhungu, the then farm manager at Fort Hare Dairy Trust – the first of the Amadlelo Agri projects started in 2007.

Amadlelo Agri was formed around 2004 by a group of 70 white commercial farmers, says Every, a consultant who is widely credited for reviving the once struggling local dairy industry. These farmers wanted to address the need for sustainable land reform while “giving back”, and Every got the programme off the ground.

The aim was to prevent more failed black empowerment projects by creating opportunities for black farmers to gain exposure and experience in modern-day dairy conditions.

From the dairy industry themselves, it stood to reason that they would create a facility where young black graduates could become successful dairy farm managers and owners. Mavhungu, Rikhotso’s mentor, was their first recruit and a catalyst and mentor for other young black graduates. Says Every, “He has been instrumental and pivotal to Rikhotso’s success to date.”

It is during her internship that Rikhotso discovered that she has a passion for dairy farming and that she thrives on the challenges, hard work and variety of activities that go hand in hand with dairy farming.

But it is while speaking to Mavhungu that one truly realises just how formidable Rikhotso is. Her internship with him was planned for a 12-month period but before the end of her internship, operations were set up at Middeldrift. Amadlelo needed to appoint a manager, yet during the interview process it became clear that none of the men who applied were as well suited for the job as Rikhotso already proved herself to be.

Middeldrift started producing milk in November 2008 and broke even in March 2009. Located on previously unused farmland belonging to 65 beneficiaries, Rikhotso effortlessly manages this 165 hectare farm, carrying 700 cows. She is responsible for all aspects of the farming including pasture and herd management, machinery, administration and human resources. A typical day for her starts at 05:00 and often ends at 20:00.

The farm produces 3 to 3.5 million litres of milk per year, all bought by Coega Dairy with which a partnership has been developed. Middledrift is one of five farms that produce and send milk to Coega Dairies. These five farms are jointly responsible for 25% of the cheese on a Debonairs pizza, bought anywhere in South Africa. In addition, every fourth carton of house-brand Shoprite Checkers UHT milk are from these farms.

Rikhotso attributes her success to the opportunity Amadlelo offered her as “everything I know, I have learned from Amadlelo.” Every still plays a crucial part in her career in terms of support and advice, which she soaks up as she believes in learning as much as one can from the best people possible.

Rikhotso finds it very fulfilling to make a difference in her community. Today she employs 16 people on the farm, impacting not only their lives, but also their dependants. She has mentored six students, two of whom she retained as part as her team. She has won the trust of the community and have become virtually irreplaceable at Middeldrift.

Mavhungu says, “Rikhotso has been an eye-opener for me and for the community. We haven’t realised that a woman can be as good a farmer as a man.”

Rikhotso has no doubts about dairy farming as a career (although one needs to do it for the love of it and not the money or the hours). In fact, she dreams of owning her own farm one day. With the 92 cows she already owns, this dream of hers may be closer than she thinks. 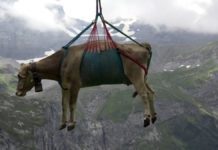 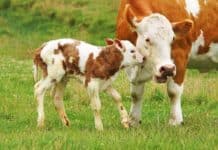 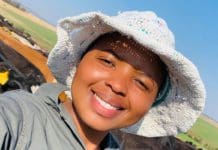 ‘Being black, young, female and the boss requires a thick skin’