Food connects and is an act of human expression that goes beyond its textbook definition. It is an act of communion that embodies culture, generates memories, and initiates storytelling.

Holding true to this notion amid the global pandemic, a Facebook group fittingly called the Lockdown Recipe Storytelling Book was born. At its helm is content creator and all-around creative, Ingrid Jones (58).

Smells, flavours, and preparation are deeply rooted in our individual family histories that have been passed down through generations. Through family recipes, we hold the power to tell the story of the diverse South African food canvas.

Recipes are a tangible piece of history that should be safeguarded, Jones believes. Through the creation of this very exclusive Facebook group, Jones has been able to achieve this.

What started out as a challenge to her close friends turned into a platform where people shared not only recipes but also their heritage stories. Things took an interesting turn and as a result, Koe’sister was born – a quarterly magazine developed by Mikateko, a communications company where Jones serves as its creative director and founder.

The first issue has recently been released and a special edition hard cover book will be availed on Mosadi Online just in time for Christmas 2020.

We spoke to the Cape Town-born home cook to find out the story behind the initiative.

It was prompted by an online conversation between me and South Africa’s ambassador to Sri Lanka, Ruby Marks.

Ruby came across a post on my timeline – ’n resep-sonne-’n-naam (mystery recipe) and responded: “I don’t know where this will lead me but I am up to the task.”

While making the dish she realized that it was a bobotie.

With limited resources living in the city of Colombo she bragged about her rendition: “This could actually feature next to a bobotie Ingrid made for Woolworths Taste magazine a few years ago. It always makes me think anything is possible.”

The conversation then morphed into me responding and saying hey crazy idea, let us publish a book with all the recipes people post during lockdown paired with the amazing stories people have around food growing up.

It will be for the people by the people, where you can write in the language of your choice. It’s gender neutral.

I went on a hunt for a publisher and got back to everyone during the same week. You snooze, you lose I said to them.

We had a strict “no sharing of posts” policy. Ideas like these will be stolen by the bigger guns under the guise that they were working on it already. I’ve seen it so many times, so there is no time to waste.

We are busy with ground-breaking stuff, we are curating our own stories, no prescriptions, no discrimination.

We wanted to create something that we can look back on and say, “I was part of that.”

The proceeds will go to a national feeding scheme because we all want to help, but don’t necessarily know how or are by means to do it. But we do have our words and our memories

Tell me Ingrid, what is so important about preserving South African food heritage?

Listen darling, for a long time there was only a one-sided story to this country. And that is the “white story.”

The appropriation of food has been an ongoing story, let us make an example with bobotie, whose recipe is it? And koe’sisters, whose is that?

After Ruby Marks and I had this casual chat on Facebook, people were in and they were telling their stories. Their komvandaan (heritage) stories.

The fact that many people feel like they are not seen in this country. The fact that the stories of how our mothers and grandmothers cooked meals for us made with love and passion were merely memories we were forced to sweep under a rug.

No one thinks what we make is good enough or magazine worthy.

We had one person comment on a post who said “but you people can only bake bread and make potsful of curry. That is what you eat.”

So for me it’s not just about where I come from. I have a circle of friends who represent the diversity of this country, so if I want it for me, I must want it for them. That is why it is a diverse platform. I hoped that more people would write in languages other than Afrikaans and English.

Preserving South African food history is about telling our stories as well in a way that does not resemble a skoroskoro car, slapped together and plastered. No man, it is also flagship stuff. It is supposed to be respected, cherished even. It is making use of great paper that it deserves to be printed on, glossy pictures, give people the best.

Why must they always get the scraps?

Where did your love for food stem from?

I draw inspiration from Bonnievale where I grew up surrounded by aunties in the community who made the best home cooked dishes that are embedded in my memories.

They were all timeless Sunday lunches or Friday feasts of fish and chips, different types of curries that were all made by the people who stayed around us.

Regina, the tannie who raised me, pops into my head if we are going to be specific.

While my mom worked, she would take the reins in the kitchen. She made the best groenboontjie bredie (green bean stew) that you could possibly imagine.

I believe in hearty food. I love beautiful food. I love experimenting with food to a certain extent, but my food inspiration comes from aunties who raised me in my community.

What are some of your most simple recipes that you like to make in your own kitchen?

When I do cook, which is pretty rare, I make a good curry like all good South Africans can and should be able to.

I like to make a waterblommetjie bredie. I think I make the best in South Africa, just by the way.

I can put together things in the kitchen yes, but making things beautiful and creative, that’s my forte.

I cannot bake. I avoid the task.

So, I once baked a loaf of bread for my boyfriend way back in the day and it came out, doodgooi, like a heavy brick, if I hit you on the head with it would’ve likely killed you.

I have not baked much since, because I cannot follow instructions. I always screw up the recipe because I get impatient. Baking needs precision, the recipe would need 2.5 cups of flour and mine would be 2.4, you cannot bake like that.

I have many kitchen nightmares, really. There was this one year where I thought I was being very clever with a Christmas cake and brie cheese.

It was shaped in a bunt tin, so it had the hole in the middle where I fitted this round brie cheese. I then asked my cousins to wrap it up in sandwich wrapping paper, and I tied a nice ribbon around it.

Anyways I thought for dessert we could all have like a fun activity where we would iron this Christmas cake for the cheese to melt. Epic fail. They thought it was pretty! It was classic me – it was very visually appealing, but it did not really work out.

Three South African ingredients that you can absolutely not live without?

I can’t live without cumin. I don’t know if it would be considered South African, but just the aroma that it creates when you pop a spoonful into a pot of hot oil. Wow.

I can’t live without curry. Masala? I mean what is a kitchen without that.

I love my proteins so South African meats like Karoo lamb and galjoen, which is such a South African quintessential fish. I love it.

Any tips for aspiring chefs and home cooks?

Cook what you love, don’t give yourself stress with trends like kale or whatever, eat what you like. Eat tripe and trotters, it doesn’t matter who says what, eat runaways, eat mopani worms. Practice on your family, if they don’t like it then it means it’s not lekker. Practice on children, they will tell you the truth.

And I do believe if you can’t pronounce the ingredient, then it is not for you.

Previous articleRECIPE: Ingrid Jones’ bobotie
Next article‘I used what I had to pursue my passion,’ says Jozi spinach farmer

Wanna side hustle as a food entrepreneur? Start here!

‘Food should hug you from inside’

Have a merry, covid Christmas with tips from Mzansi’s foodies

Is it just us or is it a little difficult to get into the swing of the holidays this year? We are amid the second...
Read more

Noluthando Ngcakani
With roots in the Northern Cape, this Kimberley Diamond has had a passion for telling human interest stories since she could speak her first words. A foodie by heart, she began her journalistic career as an intern at the SABC where she discovered her love for telling agricultural, community and nature related stories. Not a stranger to a challenge Ngcakani will go above and beyond to tell your truth.
30,068FansLike
4,809FollowersFollow
10,334FollowersFollow
297SubscribersSubscribe 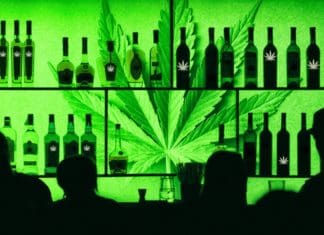