Passion is a hard thing to fake. You either have it or you don’t. And Lenasia-based livestock agriculturalist, Imraan Ishmael has it in spades. When he says, “I love what I do”, it’s spoken with an energy that belies the hours and hours he puts into ensuring Lenasia Livestock, a business he rose from seven hectares of bare ground in 1992, remains among the most successful Muslim farming enterprises in Johannesburg.

When he speaks about the origins of his business, which includes a chicken abattoir, a hide and skin plant, a large flock of goat, sheep and cattle, a feedlot and a farmer’s market and butchery in the making, his spirit is especially infectious.

“I developed an innate desire for farming from an early age,” Ishmael says. “My interests were always around agriculture. I’d developed and run different businesses, but my heart was always in agriculture.”

However, nothing about of his journey has been easy.

Ishmael says, “I had a bit of financial support from family in the beginning, but mostly I had to be self-supportive. It was only later that I managed to secure a loan from a local banking institution.”

The political climate of 1992 added even greater strain. As Ishmael recalls the rough planes of his first tread into the sector as a person of colour, his eyes betray for a moment a hint of unforgotten pain. “It was hard. The sector was not open to us. Competition was rife,” he says, then twinkle his satisfaction at having crossed them with success. “But we made it!”

Among the more pernicious of challenges he faced as a person of colour occurred during a business trip to the Northern Cape where he was turned away from the only available hotel in the area and forced to sleep in his car; the “old boys club” of the sector having flexed their muscles to keep him off their territory.

Then, there is the Islamophobia he’s had to negotiate. Ishmael is a devout Muslim who plies his trade within the strictest bounds of Islamic law. He prides himself on the most compassionate treatment of the animals in his keep.

It was thus both an insult and a rude reminder of anti-Muslims sentiment alive in the industry when as late into our democracy as 2010, he faced private prosecution for his treatment of animals on his farm, the complainant falsely claiming in court that Ishmael stunned the camels he’d kept on his holding at the time – an unthinkable practice in Islam.

And yet, still he stands, time and again, undaunted by the obstacles he continues to confront daily, seeing in them the potential for personal growth.

He says, “Business is not easy. Rife competition, drought factors and a fluctuating economy can make life difficult. It’s not an ordinary business I’m in. There are many challenges to face but meeting them gives me the opportunity to excel.”

Given all he’s overcome and accomplished over the last two and-a-half decades, it comes as no surprise that Ishmael is a highly respected individual in his hometown of Lenasia, where he is affectionately known as “The Sheep Uncle”.

With grace and humility uncommon to many established entrepreneurs, he embraces the leader he’s become both in his community and the livestock industry in general, finding in the role cause to empower young Lenasians and, more broadly, to play his part in the growth of the country’s agricultural economy as his business continues to grow.

“I intend to extend my business to the next level – an abattoir where I’d be able to supply international Muslim countries, thereby bringing more business to South Africa,” Ishmael vows.

And, what does this towering entrepreneur advise those with dreams of acquiring land to raise their own version of Lenasia Livestock from the dust? Unsurprisingly, his unmissable spiritedness, this time tinged with the clear-headed directness of a true leader, is there again.

“Farming is not like most other jobs out there. It is extremely difficult and requires lots of patience, which tends to run out if not accompanied by passion and desire. It can test your mental strength to the ultimate level. But you can do it!” 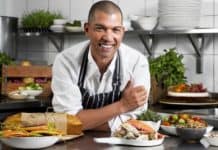 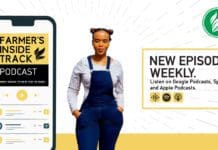 ‘I used what I had to pursue my passion,’ says Jozi spinach farmer 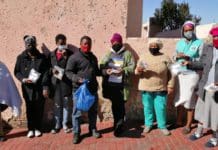