Podcast: Government should do more for agritourism

A new generation of farmers are ready to face the world!

How to use vermiculture to make your own fertiliser

Wine value chain to open up for black entrepreneurs

You don’t have to live without your favourite milky, cheesy foods!

Being lactose intolerant doesn't mean you have to say goodbye to cereal, umphokoqo or ice cream! You just have to give your diet a lactose-free update.

A simple bowl of cereal, pies, ice-cream, mac and cheese and umphokoqo. What do all these diverse foods have in common? They all have dairy as one of their ingredients.

Whether it’s milk, butter, cheese, cream or even amasi, dairy plays an important role in each dish. It adds flavour and gives a unique taste and texture. It’s a culinary MVP (minimum viable product).

Now imagine being lactose intolerant. Having to say your teary-eyed goodbyes to your good old friend yoghurt, or your bestie cheesecake. Or worse yet, to say a heart wrenching farewell to your ride or die vanilla ice-cream. The one who’s seen you through breakups and late nights alone.  Can you even imagine the devastation?

Well, many can. In fact, 68% of the world’s population doesn’t even have to imagine it, they live with the condition. Interestingly, medical studies have shown that it is common among specific population groups, namely those of black African, Native American, Australian Aboriginal and Japanese descent. 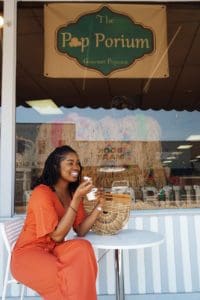 Lactose intolerance is caused by a genetic mutation that prevents the body from producing lactase, the enzyme responsible for breaking down lactose – the enzyme found in milk, cheese and other milk products. Surprisingly enough, this is completely natural. To many species in the animal kingdom, the only use for lactase is to digest milk, so many experience a growing intolerance immediately after weaning.

For humans, however, it is a completely different story. As ancient hunter-gatherers began to settle and raise cattle, this led to a more standardised diet, which relied heavily on milk. The continual exposure to milk eventually led to a tolerance, which made it possible for many to consume and enjoy milk and dairy well beyond their formative years.

So, what happens to someone lactose intolerant when they consume milk products?

This would depend on the amount of milk or dairy consumed. If it is only a small quantity, there may be little to no consequences. But if it is a larger amount, then you are likely to suffer from side-effects like diarrhoea, flatulence, nausea and abdominal pain. In some case, you may even experience headaches.

How do I know if I am lactose intolerant? 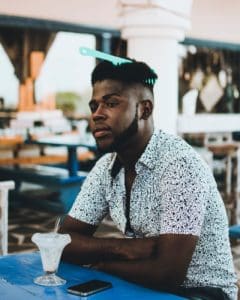 If you experience any of the above symptoms after consuming milk products, then you should probably go for an allergy test so you can know if it is really lactose intolerance.

Rather than self-diagnose, it is best to make an appointment and undergo a hydrogen breath test, which will confirm if you are indeed lactose intolerant.

Does this mean no cereal, ice-cream or mac and cheese?

Don’t fret. You can still live your best lactose-free life and enjoy the simple wonder of cereal and the golden goodness of mac and cheese with the lactose-free alternatives on the market.

Many traditional dairy brands have become more accommodating and have put out milk and cheese alternatives that are completely dairy-free. Soy, rice and almond milk are also viable alternatives.

There is also the option of goat’s cheese and milk. While it still contains lactose, it is considerably less than the amount found in cow’s milk. It is often touted by many as a great natural option.

Since it is such a foundational dietary item, how do you ensure that you get all the vital nutrients you would traditionally get from dairy?

Of course, there are calcium supplements which can help ensure that you get your recommended 700 mg of calcium per day. But there are also many calcium-rich foods such as: 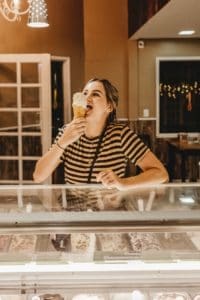 So now that you’re all clued up, you know that being lactose intolerant doesn’t have to mean that your diet lacks all those wonderful foods you like. It simply means you must give them a brand-new lactose-free update.

Simphiwe Zondani is a man of many words, but only on a page. A perpetual wonderer, he dabbles in a range of creative activities, from photography to videography, scriptwriting, poetry and feature writing. As a Literature major and cum-laude graduate in Media, Communication and Culture, he loves to read and read into things deeply, providing a fresh unexpected perspective.

This Bloemfontein farmer needs some relationship advice. She and her fiancé went from the heights of romance to side eyes...

Visiting farms and chatting with food growers, I am always surprised and happy to learn about the wonder of vegetables....

A simple bowl of cereal, pies, ice-cream, mac and cheese and umphokoqo. What do all these diverse foods have in...

The Heritage Day braai commandments according to Unaty and Justin

Heritage Day, Braai Day or even Shaka Day. Depending on who you ask, 24 September means something different to South...

Male genitals have been a subject of discussion for the longest time with one question being top of mind: does...

Podcast: Government should do more for agritourism

A new generation of farmers are ready to face the world!

ICYMI: Good news on food prices (if the weather holds)

ADVERTISEMENT
No Result
View All Result